Foreign Investors Weigh In on the Key Plays in CRE 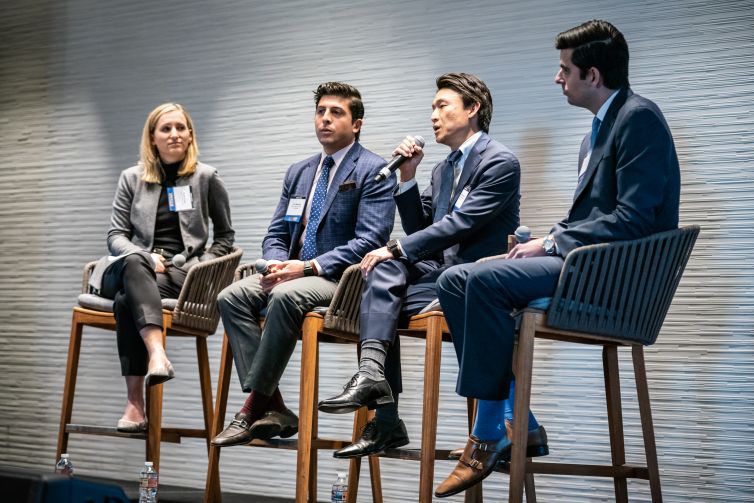 The U.S. continues to see persistent investment streams from foreign investors, but the players are changing, as are the target assets. At Commercial Observer’s Financing Forum in Los Angeles last week, lenders and equity investors discussed which markets are drawing the most attention from overseas capital, and the challenges they face today.

Eric Melendez is vice president for the U.S. investment arm of South Korean-based Mirae Asset Securities & Investments, which launched in April 2018. He said the U.S. remains an attractive market as investors in countries like South Korea are feeling the effects of over-saturation on their home turfs.

“They still have a lot of capital that they need to put to work,” he said.

Melendez noted that investors in South Korea and other foreign countries are also battling negative interest rate environments but said that most Korean capital is going into Europe rather than the U.S., primarily because of currency hedging costs.

“About 12 months ago, the U.S. [currency hedging cost] was almost 2 percent, so for every property level return, you have to shave 2 percent off for the Korean investors. That’s an extreme cumulative,” he said. “That didn’t completely stop their investments — they still really like the U.S. markets — but it was a key consideration. Today, it’s closer to 1 percent, and as that trend continues, we can expect continued Korean capital in the U.S.”

Nobu Hirabayashi, a managing director of Diamond Realty Management America, leads both equity and debt activities in the U.S. for the firm, an affiliate of Japan-based Mitsubishi. Diamond Realty is pursuing multiple strategies on the equity side he said, particularly with core and core-plus funds. Hirabayashi said that although growth is slowing in the U.S., it still presents more investment opportunities than Japan does.

“Although the yields — especially in the core spaces — have compressed significantly in the U.S., for the long run we’re more bullish in terms of the growth here,” he said. “Although it may not be significant growth, it will be consistent growth.”

Corey Hall is senior vice president at Brookfield Real Estate Financial Partners and based in Los Angeles, where he works on the origination, underwriting, structuring and asset management of investments for the firm’s real estate debt funds.

Hall said Brookfield is very bullish on the U.S. real estate market, particularly the gateway markets, which continue to attract stronger investor appetite from both European and Asian investors, he said.

“China was big a couple of years ago, and they have pulled back, but we’re seeing more or less the same demand from Asia,” he said. “Big picture, there’s still a lot of liquidity internationally, and we expect there to be for the long haul, just given the domestic investment rates that most of those folks are facing.”

Melendez said going forward, Mirae will likely be a little more conservative in its investment activities due to the current economic cycle in the U.S. That said, he expects a continued focus on markets like L.A., the Bay Area, Hawaii and the Washington, D.C., area.

“We’re going to be looking more at financing transactions,” he said. “Because of the hedging cost, I think Koreans have been more active in the mezzanine space, with yields being more attractive there.”

Melendez said one of the key benefits of having an L.A. team is they are able to use it as a springboard into other U.S. markets that Korean investors aren’t as familiar with — such as Portland and Austin — and be introduced to other sponsors.

“Historically, Korean investors really only try to do business with the Brookfields of the world, or Oaktree Capital,” he said. “But as we know, there are also a lot of other credible, legitimate sponsors here in the U.S. that might not be globally recognized, and we help facilitate that.”

Hirabayashi said that when one group finds success in a new market or with a new product type, more groups tend to follow. Similarly, Melendez said Korean investors tend to be “synchronized.”

“If one deal or one product type works for one Korean investor, most of them will follow suit,” he said.