Sprawling LA Mall Up for Sale With $100M+ Price Tag 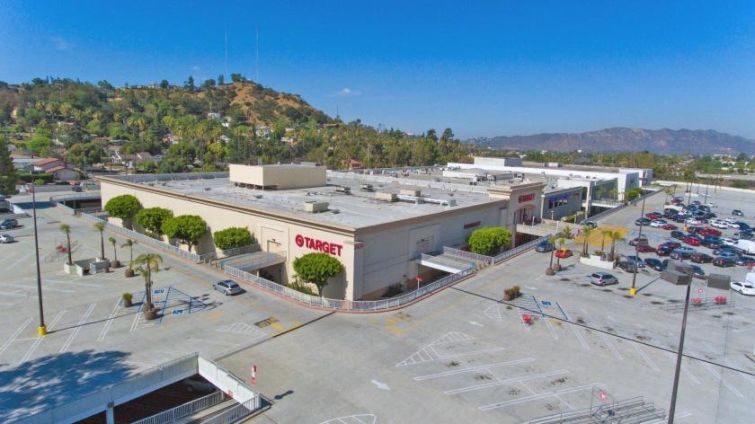 The Eagle Rock Plaza in northern Los Angeles is hitting the market for sale, with the 1970s-era shopping center positioned as a redevelopment play at a sales price that may reach north of $100 million, Commercial Observer has learned.

Newmark Knight Frank’s Thomas Dobrowski has the listing. The brokerage plans to launch marketing efforts early next month on the 462,823-square-foot property anchored by Macy’s and Target, said Dobrowski, a New York-based vice chairman at the brokerage.

It’s a rare offering for the city, where one of the last such sites — Westside Pavilion in West L.A. — was snapped up for an office conversion in separate projects from GPI and a joint-venture between Hudson Pacific Properties and Macerich.

“It fits a similar narrative,” Dobrowski said. “I wouldn’t say it’s as prime a piece of real estate in terms of its location … but it’s also in a great, kind of gentrifying, high-growth area of L.A. And you have complete control of the property.”

The sale is key to the workout of a $240 million loan on five malls, including Eagle Rock, held in a commercial mortgage-backed securities (CMBS) deal issued by J.P. Morgan in 2006, according to Trepp data. The CMBS trust is selling the center in a process overseen by special servicer LNR Partners.

He expects the offering to draw a range of interest from institutional capital to regional developers, given the redevelopment opportunity within an area that’s drawing more interest on both the residential and tenant sides. Industries starved for space, including Hollywood’s film and television production scene, have been stretching out into northern L.A.

“The ultimate buyer is going to have plenty of options,” Dobrowski said. “A mixed-use densification play is probably how most folks will look at this site; given the fact you can do multifamily, office, creative office and you have retail. You have the pick of the litter in terms of uses.”

All of the space at the center is owned by the landlord (as opposed to, say, Macy’s owning its space), which is rare for a mall of this size, Dobrowski said. The tenant leases at the center expire by 2025, though some have extension options.

Newmark’s team, which includes L.A.-based execs William Bauman and Kyle Miller, plans to call for offers by early March and wrap up the sale in the second quarter.

A sale will help push the more than five-year-long CMBS workout, on the Westfield Centro Portfolio loan in the JPMCC 2006-LDP7 deal, closer to a resolution. Three of the loan’s five malls have already been sold for a combined roughly $31 million, according to Trepp data. The remaining two centers — Eagle Rock and a mall in Cape Girardeau, Mo., that’s also expected to be teed up for sale — appraised for $66.7 million in May.

Dobrowski is an experienced player in the land of troubled CMBS malls, having recently worked on LNR’s sale of Sierra Vista Mall in suburban Fresno, Calif., as well as the trade of Independence Center outside of Kansas City, Mo.

His team is currently working on the sale of Metrocenter Mall in Phoenix and Lafayette Square Mall in Indianapolis, Ind., both of which are located in opportunity zones and have been primed for redevelopment.