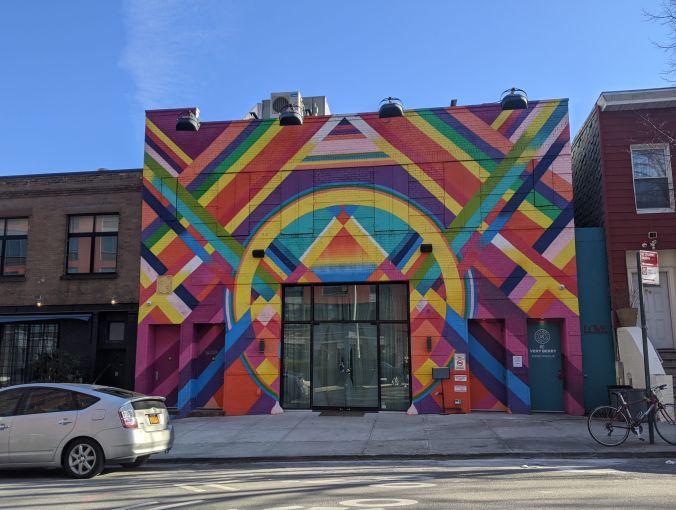 The Dubai-based ghost kitchen operator Kitopi has expanded to New York, selecting a debut location in Brooklyn and plotting one more spot in Manhattan, Commercial Observer has learned.

The startup joins a growing list of companies who manage shared kitchens for delivery-only restaurants, a trend that is reshaping the food industry as stakeholders rush to capitalize on the increasing demand for food delivery.

Kitopi, which operates kitchens from Riyadh to London, signed a 10-year lease for 4,036 square feet at 15 Vanderbilt Avenue, according to the building’s owner, the Florida-based Balogh family. The property, at the intersection of Vanderbilt and Flushing Avenue, is directly across from the Brooklyn Navy Yard.

Kitopi took over the entire property and opened in November, according to a spokesperson for the startup. The space can accommodate between ten to fifteen restaurant tenants, according to Orli Teitelbaum, the landlord’s COO. A visit to the site, which formerly housed the Thai restaurant Samui and sports a brightly painted facade, revealed a Kitopi-branded sign on the door, with a “Food Pickup” decal affixed to the glass.

In Manhattan, Kitopi has a location planned on West Houston Street in the West Village, which they plan to open in February, according to the Kitopi spokesperson. The group plans to expand further into the United States in the first quarter of next year, the spokesperson said, but declined to share details about the expansion plan.

After acquiring 15 Vanderbilt for $3.2 million in October, Teitelbaum said the company actively sought a ghost kitchen tenant for the space.

“I’m the queen of Uber Eats,” Teitelbaum said, adding that she appreciates the value of the model for customers and restaurants. “With a ghost kitchen, you’re not paying retail prices for the establishment and you don’t need servers, so you’re able to cut the overhead,” she said.

According to Teitelbaum, ghost kitchen tenants are a “win-win” for landlords. She scouted a location in Los Angeles but felt the Brooklyn Navy Yard offered a better option. “The dirt was not good dirt,” Teitelbaum said of the Los Angeles location, near the University of Southern California. “If [the ghost kitchen] doesn’t work, I don’t want to be left with this dirt. With the Navy Yard, I can do something with that [site].”

Like most ghost kitchen operators, Kitopi provides the space and infrastructure for a streamlined delivery kitchen, which lowers the capital expenditure for restaurants looking to expand or break into new markets. The company was co-founded by Mohamad Ballout, the owner of the owner of confectionery manufacturer BMB Group, and also has locations in Kuwait, Abu Dhabi and Dubai.

In New York, Kitopi joins Zuul Kitchens, which has a location sporting nine kitchens at 30 Vandam Street in Soho; Reef Technology (formerly known as Park Jockey) which operates container kitchens in parking garages; and Kitchen United, which is partnering with RXR Realty. There are even more companies that are operating in markets outside New York, including Travis Kalanick’s Cloud Kitchens and a DoorDash operated kitchen in San Francisco.

Proptech investment firm Wilshire Lane Partners was also involved in the deal, working to source both the property and tenant, according to an executive at WLP.