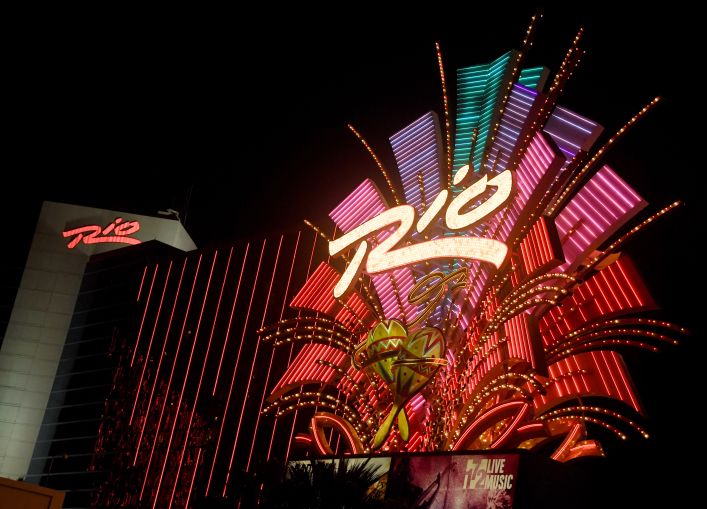 Dreamscape Companies has snagged a $410 million acquisition loan from Credit Suisse to help fund its purchase of the Rio All-Suite Hotel & Casino in Las Vegas, sources told Commercial Observer. The deal also includes a separate investment from Reuben Brothers, according to a representative of Dreamscape who declined to say how much.

The seller, Caesars Entertainment Corporation, announced the close of the trade to Eric Birnbaum’s Dreamscape yesterday evening. Dreamscape is paying $516.3 million for the 2,522-suite property, located slightly off of the famed Las Vegas Boulevard at 3700 West Flamingo Road.

The New York-based Newmark Knight Frank, in a team led by Dustin Stolly and Jordan Roeschlaub, the vice chairmen and co-heads of the firm’s debt and structured finance team, along with Nick Scribani and Chris Kramer, acted on behalf of the sponsors as a capital advisor. The brokers declined to comment further on the transaction beyond prepared statements.

Dreamscape is planning to renovate the nearly 30-year old property, which opened in 1990. “We’re excited by the acquisition as we believe the Rio has great upside potential in all areas of the property,” Birnbaum said in a statement.

Roeschlaub said in a statement that the asset “has been an icon of Las Vegas for nearly three decades, and following the comprehensive renovation and repositioning, the hotel and casino will be in a prime position to capture the evolving demand across Las Vegas.”

A condition in the sale agreement leaves Caesars operating the property triple-net and running its rewards program — Caesars Rewards — for the next two years, at minimum, paying Dreamscape an annualized rent of $45 million and giving Birnbaum’s shop plenty of leeway in the short term to focus on its renovation plans. Dreamscape also has an option to pay $7 million to Caesars to extend the lease agreement for a third year and also a second option to continue managing the property once the lease expires, according to a Caesars press release.

“[Dreamscape] is undertaking an impressive renovation project that will bring the Rio back to the forefront of the hospitality, gaming and entertainment industry,” Stolly said in prepared remarks. “We can’t think of anyone who understands and can tap into the evolving consumer better; and will likely be the face of a new generation of Vegas.”

The property sits on a 90-acre campus with 22 acres of unused land, according to the Las Vegas Review-Journal. The hotel and casino itself comprises over 117,000 square feet of casino space, more than 1,000 slot machines and the site also has around 250,000 square feet of conference space separate from the casino.

Next year, the Rio will host the World Series of Poker, which is televised on ESPN and in 2019 hosted around 5,000 players; Caesars Entertainment will retain the hosting rights to the event, according to information from the firm.

“The retention of the World Series of Poker and retention of Caesars Rewards customers are all factors that make this a valuable transaction for Caesars,” Rodio said in his comments to REBusiness Online.

Update: This story originally incorrectly said that the deal consisted of $50 million in preferred equity from the Singapore-based RB Capital.