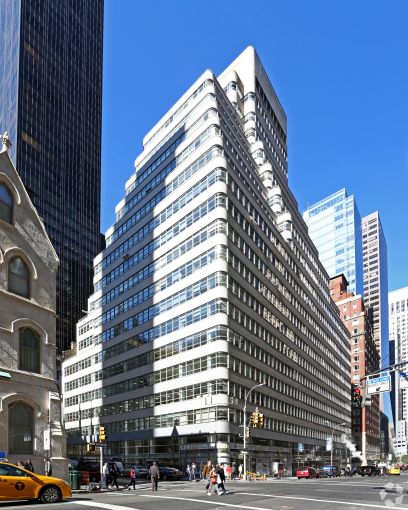 In the larger of the two deals, accountant Shanholt Glassman Klein Kramer & Co. (SGKK) inked a 12-year lease for 16,648 square feet on the entire 18th floor of the Feil Organization’s property between East 51st and East 52nd Streets, marking the firm’s return to the building after more than a decade, according to tenant brokers Norman Bobrow & Company.

SGKK — which was founded in 1931 — currently has its offices two blocks away at 575 Lexington Avenue and plans to move into its new digs in the third quarter of next year, a spokeswoman for Norman Bobrow & Company said.

“They liked the idea of coming full circle and reuniting with their former landlord,” said Norman Bobrow & Company’s David Badner, who represented the tenant along with Norman Bobrow. “The ability to take a full floor with wraparound terraces, multiple corners and views of Rockefeller Center and St. Patrick’s Cathedral cemented their decision.”

Aside from SGKK, law firms Omrani & Taub and Certain & Zilberg also recently signed a combined deal for 8,268 square feet in the 23-story building.

The law firms together inked a 10-year deal for part of the 20th floor of the property, with the firms relocating from 909 Third Avenue at the end of September, according to Norman Bobrow & Company.

“We are thrilled that both Omrani & Taub and Certain & Zilberg are coming together to share this unique space in 488 Madison Avenue where the landlord worked efficiently and hands-on to get tenants in on time,” tenant representative Michael Nazarian, of Norman Bobrow & Company, said in a statement.

Asking rents in both deals were $68 per square foot and Feil handled them in-house with David Turino. A spokesman for Feil did not immediately respond to a request for comment.