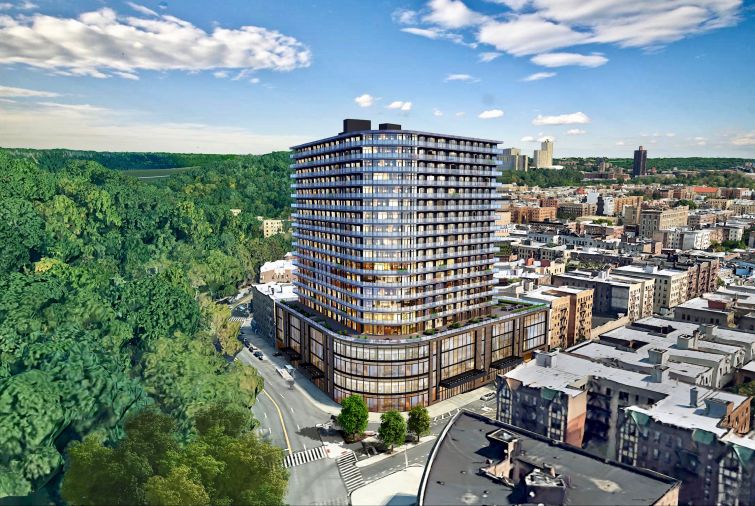 Scale Lending, the lending arm created in late 2018 by Slate Property Group and Carlyle Group, has provided $44 million to Philadelphia-based Arden Group for the firm to acquire a development site in Upper Manhattan, Commercial Observer has learned.

The floating-rate financing covered Arden’s purchase of the roughly 47,000-square-foot development site at 4650 Broadway in Manhattan’s Inwood neighborhood, which was previously home to a parking facility that’s no longer in operation. Arden also raised $18.5 million in equity — provided through the firm’s Opportunity Zone fund — for its purchase, according to Aries Capital, which arranged those proceeds.

“By using our knowledge of the New York real estate market, we continue to find attractive loan opportunities through Scale with good sponsors across the city,” Slate principal and Scale co-founder Martin Nussbaum said in a statement provided to CO. “We believe Inwood and this site in particular will flourish because of its location to the city center, transportation options and a neighborhood filled with amenities.”

“Arden Group has identified a compelling development opportunity that is within a growing submarket in Manhattan and has secured the site at an attractive basis,” Stolly said in a prepared statement.

Aries Chairman and CEO Neil Freeman, along with vice president Brandon Perdeck, arranged the equity in the deal.

Arden — a vertically integrated real estate investment firm that focuses on investing and lending on value-add opportunities in major U.S. markets — is planning to erect a 300,000-square-foot mixed-use development that will include a mix of market-rate and affordable rentals, both above-grade and subterranean parking, and space for a community facility.

“With ample light and air, access to abundant area amenities, and convenient transportation options, Arden Group will bring a new mixed-use, Class A development to the Inwood area,” Roeschlaub said in prepared remarks.

In November last year, CO reported that Eli Karp’s Hello Living was in contract to buy the designated Opportunity Zone development site at 4650 Broadway for $55 million, which was more than twice what FBE Limited paid Acadia Realty Trust for it in April that year. He never closed on his purchase, sources said, which Karp had said was expected in April 2019. An official at Hello Living did not immediately respond to an inquiry.

Hello Living had planned a mixed-use development — designed by GreenbergFarrow — similar to that at which Arden is aiming. It was to be called Hello Broadway and would’ve featured a mix of 272 one- to four-bedrooms apartment units, thirty percent of which would’ve been affordable, as Karp previously told CO. His plans would’ve also seen the construction of a roughly 140,000-square-foot community facility and 49,000 square feet of additional commercial space.

The site is currently home to a two-story, 75,000-square-foot parking facility, and it has about 370,000 buildable square feet. Karp, seeking investment from opportunity zone funds, had previously told CO that he expected the project would cost an estimated $190 million to build.

The building at 4650 Broadway has had a turbulent rezoning history, as CO previously reported. Acadia and partner Washington Square Partners sold it to FBE Limited after a failed attempt to develop a 15-story apartment building at the site. That project would’ve marked the very first project built under the city’s mandatory inclusionary housing program, but the New York City Council voted down the rezoning proposal to allow the development.

The Arden Group could not immediately be reached.

This story was updated to include three items: a quote from Slate Property Group principal and Scale co-founder Martin Nussbaum; Daniel Rahmani of Capital Property Partners was the sales broker in the transaction; Aries Capital Chairman and CEO Neil Freeman and vice president Brandon Perdeck arranged the equity in the deal.