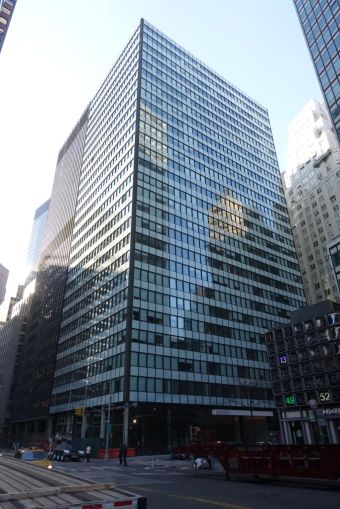 Nathan Berman, the founder of the building’s ownership company, Metro Loft, confirmed that Rockwood now controls the mezzanine debt in the deal, which closed in late October. The junior loan is part of a larger CMBS financing led by a $265 million loan from Deutsche Bank.

Portions of that $265 million senior debt have to date been included in two CMBS transactions, Benchmark 2019-B14 and COMM 2019-GC44. According to the prospectus for Benchmark 2019-B14, Deutsche Bank originated the $100 million mezzanine loan with plans to sell it to a third party.

The prospectus indicates that the interest-only mezzanine loan will earn Rockwood annual interest at a rate of 8.3 percent. The five-year, interest-only senior debt, on the other hand, pays 3.4 percent interest.

The building, at the corner of Water and John Streets two blocks in from the East River waterfront, was valued at $451.5 million in an appraisal completed in September. That value implies a 58.7 percent loan-to-value ratio for the senior debt, a leverage level that the mezzanine loan extends to 80.8 percent.

Deal documents show that the debt, with the addition of an equity contribution from Metro Loft, is being used to knock out $378.4 million in outstanding loans from a 2017 financing round also led by Deutsche Bank.

Metro Loft has had an ownership stake at 180 Water Street since its life as an office building earlier this decade. In 2014, Vanbarton Group, which bought the building for $151 million in July 2013, invited Berman on as a partner. Starting in 2015, he led the project to convert it into an apartment building after the property’s last office tenant, the New York City’s Human Resources Administration, left the premises.

This month, apartments in the building have been leased at monthly rates that range from $2,600 for a studio to $5,600 for a two-bedroom apartment. Overall, the building is 97 percent occupied, according to CMBS deal documents, and earned effective gross income of $26.6 million last year against expenses of $15 million.

Of its nearly 14,000 square feet of ground-floor retail space, roughly 30 percent is leased to a Dunkin’ donut shop and a Citibank branch. The rest is vacant.

A spokeswoman for Rockwood declined to comment. A spokesman for Deutsche Bank did not respond to multiple inquiries.