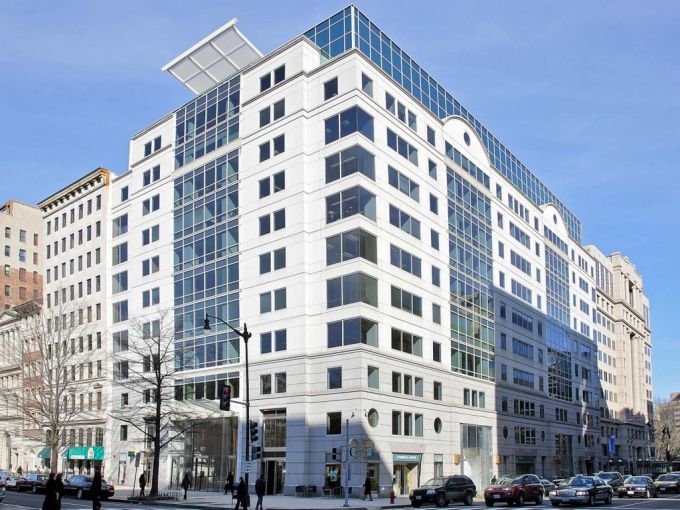 Northwestern Mutual has acquired the McPherson Building, a 255,968-square-foot office building in Washington, D.C., for $209.1 million, according to Newmark Knight Frank, which facilitated the sale.

The seller was not disclosed, but public records show that UBS Asset Management acquired the property in 1996 for $69 million.

“The appeal of the property is it’s a corner building on McPherson Square that has three-and-a-half sides of glass — four on the top two floors — giving it great light and air,” James Cassidy, NKF’s executive managing director, told Commercial Observer. “It fits the definition of top-tier Washington, D.C., product.”

Located at 901 15th Street, NW, the 12-story, building is a block and a half from the White House and U.S. Treasury, and just a half a block from the Metro.

Originally built in 1988, the building went through a $30 million, all-encompassing renovation in 2009, according to Cassidy. That involved upgrades to the two-story lobby, fitness center, elevators and other common areas. The McPherson Building also boasts a three-level parking garage situated beneath the building.

“A short walk to Metro as well as the most influential decision-making bodies in the country, the McPherson Building has everything going for it,” Cassidy said. “The quality of the building’s amenities and its stately presence only enhance its appeal.”

At the time of the sale, the building was 97 percent leased with an average of 7.1 years remaining on the lease terms. Notable tenants include New York Life, Booz Allen Hamilton and Davis Polk & Wardwell.

NKF’s executive managing director Jud Ryan joined Cassidy in representing the seller on the deal. The buyer was not represented.

The new owner has retained Avison Young as the leasing agent for the property. The building’s leasing team is led by Eli Barnes and Will Stern, both principals; and Lauryn Harris, vice president.