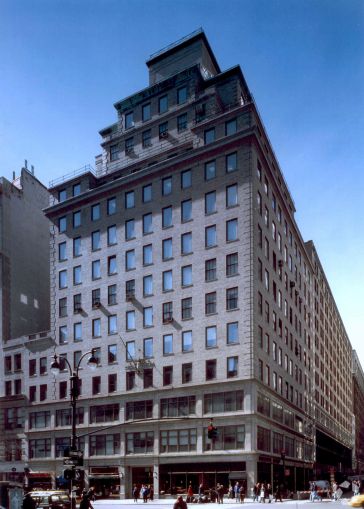 A designer and distributor of textiles and linens, Kassatex, will move its headquarters up the block on Fifth Avenue in NoMad, Commercial Observer has learned.

Kassatex signed a 10-year lease for 11,670 square feet on the entire 11th floor of 330 Fifth Avenue between East 32nd and East 33rd Streets, according to landlord brokers Adams & Co. Asking rent was $60 per square foot.

The company, which provides products to hotels and department stores, currently has its offices at 295 Fifth Avenue between East 30th and East 31st Streets and plans to move into its new digs in the first quarter of 2020, according to Adams & Co.

Adam & Co.’s Alan Bonett represented the landlord, Shulsky Properties, in the deal while Savills’ Jarod Stern and Greg Albert handled it for the tenant. The Savills brokers declined to comment through a spokeswoman.

“The NoMad area continues to attract top fashion and textiles firms given the location allows them to showcase the latest trends set against the backdrop of a classic New York aesthetic,” Bonett said in a statement. “[The building] offers this growing firm a coveted address in a centrally located neighborhood and a flexible, full tower floor space that allows for a customized showroom and provides an abundance of natural light.”

Other tenants in the 224,000-square-foot, 15-story building include apparel manufacturer Kayser-Roth Corporation, the New York State Office of Mental Health and Shinhan Bank.