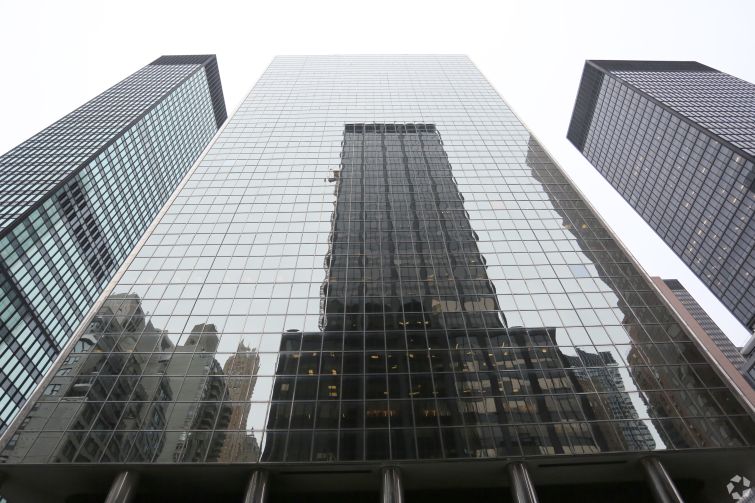 Cohen Brothers Realty Corporation has picked up a $275 million refinancing from Citibank on a major office tower it owns in Midtown, according to records filed with the New York City Department of Finance.

The debt knocks out prior funding on 805 Third Avenue, a 31-story tower between East 49th and East 50th Streets. The new debt combines $159.7 million in existing leverage on the property with an additional $115.3 million in financing, taking over where a $165 million loan originated in 2012 by Apple Bank left off.

Known as the Crystal Pavillion, the glass-curtain office building went up in 1982 and offers 615,000 square feet of rentable office space, according to data from CoStar Group. Its office floors are leased by a large and diverse group, the largest of which rents just 11 percent of the building. Notable tenants include Kroll Bond Rating Agency (KBRA), a key player in assigning credit ratings to real-estate-backed securities; the YES Network, the cable sports network part-owned by the New York Yankees; and Newsmax, a conservative-leaning media company.

Newsmax closed its lease in the building just last month, taking nearly 25,000 square feet on the building’s 22nd floor, as Commercial Observer reported at the time. The asking rent was $63 per square foot.

KBRA, for its part, took up shop in the tower in May 2018, a one-block shift downtown from previous digs at 845 Third Avenue.

Madison Jewelers, a store that sells watches, occupies ground-floor retail space. The building also has a public, multi-story atrium with several casual and sit-down restaurants that are flooded with Midtown workers during lunchtime. Gyu-Kaku Japanese BBQ, The Chick Shop — a falafel store — and Hokey Poké, which sells poké bowls, are among the eateries.

The Cohen brothers, to whom the company’s name refers, were Sherman, Mortimer and Edward Cohen, a trio who founded the real estate firm in 1954. The company’s holdings include design centers in cities including Los Angeles and Dania Beach, Florida. The enterprise is now run by Sherman Cohen’s son Charles, who in addition to his real estate career has produced several successful art house films. Last year, he bought Landmark Theatres, a national chain of cinemas that specializes in showing independent movies.

Representatives for Cohen did not immediately respond to inquiries. A Citibank spokesman declined to comment.