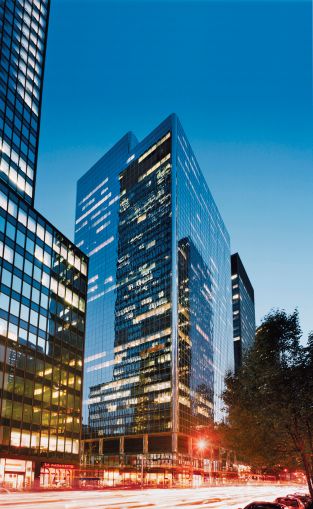 Kroll Bond Rating Agency has subleased a bigger, newer office space from magazine conglomerate Meredith Corporation, according to a release from Savills Studley, which repped the credit rating agency in the deal.

KBRA will pack up its 37,000 square feet of offices on two non-contiguous floors of 845 Third Avenue and relocate to the 26th through 29th floors of 805 Third Avenue. The agency inked an eight-year sublease deal for 95,200 square feet in the building owned by Cohen Brothers Realty between East 49th and East 50th Streets, as The New York Post first reported.

Meredith left its Midtown offices after it acquired Time Inc. earlier this year and relocated to the latter’s Downtown digs at 225 Liberty Street in Brookfield Place.

“We had a lease out for another property when we learned about the Meredith’s acquisition of Time and immediately jumped on the opportunity,” Carlos said in prepared remarks. “The Meredith space has been meticulously maintained and is in move-in condition. The ratio of perimeter offices to interior space, natural light, high ceilings and furniture perfectly met KBRA’s needs.”

Abend praised the “high-end buildout” of Meredith’s space as “ideal for KBRA,” in a statement, noting that 805 Third Avenue is only a couple blocks south of the credit agency’s current offices.