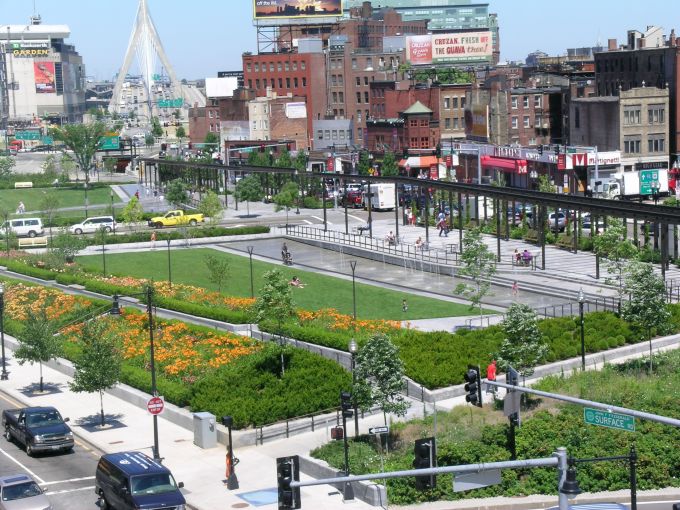 Citizens Bank is lending $75 million towards the construction of a hotel in downtown Boston, Commercial Observer can first report.

The deal funds a trio of development partners — CV Properties, Olshan Properties and Harbinger Development — in their quest to build a new Hilton Hotel at 111 North Street in the Massachusetts capital, adjacent to Faneuil Hall near one end of the Rose Kennedy Greenway.

Construction kicked off last week on the 212-room property, Curbed Boston reported. The partners plan to spend about $125 million to develop the property. Olshan will be the operating partner, running the lodging under Hilton’s Canopy brand.

“We think it’s a great location,” said Gary Magnuson, the head of commercial real estate for Citizens Bank. “The Boston market has been quite strong in terms of employment and economic opportunity. Job growth has been nice, too.”

He granted that the national lodging sector has shown signs of potential weakness, but added that the Hilton project’s specifics made it an exciting opportunity nonetheless, in Citizen’s view.

“I would say we have a very limited appetite for lodging construction, but this is a good example of the type of deal we might do,” Magnuson said. “We’ve had a strong relationship with the sponsorship, in a market that we know well.”

The 151,000-square-foot project will be houses in a broad six-story building that will include three retail shops, a café and meeting space and a gym for hotel guests. The Canopy brand, which opened its first outpost in Reykjavik, Iceland three years ago, counts six U.S. locations in Philadelphia; Ithaca, N.Y. and the Baltimore-Washington area, out of a total of 13 branches across the country. Its rooms have canopy beds and hotel employees, known as “enthusiasts,” are meant to strive for an ambiance of local flair.

“Citizens’ commercial real estate bankers are trusted partners who were ready to listen to us and help make this project a reality,” Richard Galvin of CV Properties said in a statement. “The Citizens team has deep knowledge of the commercial real estate landscape and their close attention to detail made for a seamless and timely execution.”

Galvin’s CV Properties and Harbinger Development, led by Eamon O’Marah, are both based in or near Boston, while Olshan is based in New York City. The three are co-managing the construction project through a drily named joint venture, Haymarket Parcel 9 Investor.

Parcel 9 is an odd triangular sliver of land that was created during Boston’s Big Dig, a massive, 15-year project to build a mile-and-a-half long tunnel to carry Interstate 93 under downtown Boston. The Rose Kennedy Greenway, a long, narrow park, follows the course that the interstate’s elevated causeway used to occupy before the ambitious infrastructure endeavor.

Ten years after the Big Dig was finished, the Massachusetts Department of Transportation solicited bids for the parcel’s development, itself a drawn-out process that eventually granted Olshan and its partners control over the site.

Representatives for Olshan and Harbinger didn’t immediately respond to inquiries.