Who do the top owners in New York City want to be president? Mayor Mike and only Mayor Mike! 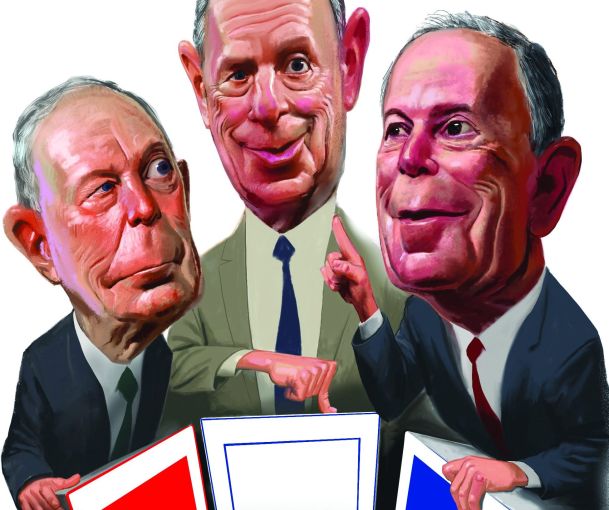 Those who believe that the administration of Donald John Trump has finally laid to rest the old put-a-businessman-in-the-White-House push clearly aren’t acquainted with New York City’s real estate elite.

Not that there’s a particular appetite for another four seasons of “The Apprentice: 1600 Pennsylvania Ave.” This year, none of our owners really felt like rising to the defense of the current President of the United States, though Trump wasn’t quite as openly scorned as when we asked owners what they thought of him back in 2016 — see Sarika Gangar’s story. But there is one businessman who still sets hearts aflame.

We’re speaking, of course, of the former Mayor of New York City, eighth-richest man in America (as per Forbes) and ardent enemy of guns and trans fats (not to mention Trump), one Michael Rubens Bloomberg.

When we were asked the “magic wand” question (“If you could pick the Republican and Democratic nominee for president, who would they be?”) more people picked Mayor Mike than any other possible candidate.

“Give me a pragmatic centrist,” said Nicholas Bienstock. “I’d vote for Bloomberg above anyone.”

“Michael Bloomberg would be my first and only choice and it would not matter to me which party he ran for,” declared Tommy Craig. “I have lost complete faith in the political architecture (our primary system) of the two-party system.”

Most people treated the question like we were asking for a prediction, instead of a preference. (Trump versus former Vice President Biden seems to be the consensus of what next year’s matchup will look like.) But there were a handful who fantasized about a moderate Utah Sen. Mitt Romney versus a “Minnesota nice” Sen. Amy Klobuchar.

Some took the fantasy to historic proportions: Abraham Lincoln on the GOP side; FDR on the Democratic.

Well, we must admit, that was a pairing that we weren’t expecting.

But brashness and an ability to think outside the box is something that we always admire, so we have to award points to Justin Elghanayan for his answer: “After just binge-watching Dwayne Johnson in ‘Ballers,’ I’d vote for the Rock as a Democrat or a Republican.”