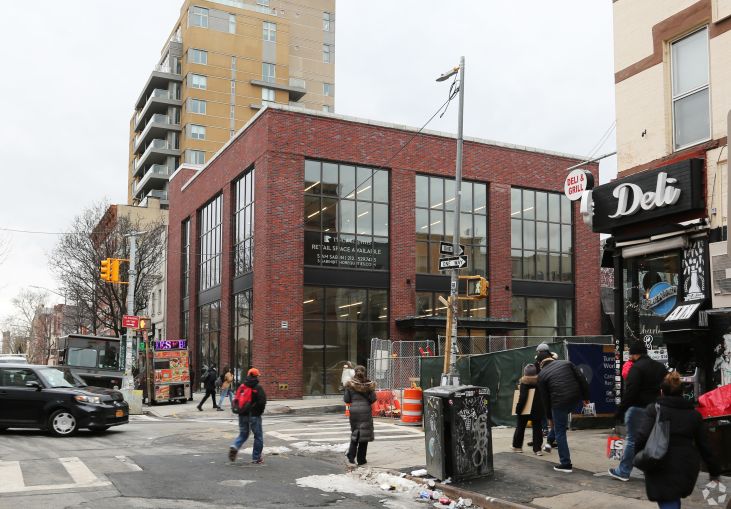 Thor Equities has found a second retail tenant to bite at its new building in Williamsburg.

Tend Dental, a glitzy dental startup backed by a recent round of venture-capital funding, agreed this week to lease 8,000 square feet at 180 Bedford Avenue, at the corner of North 7th Street, Thor announced.

The 10-year lease includes the two-story building’s entire second floor and rooftop — although presumably the roof’s open-air deck will not be used as a venue for cleanings and root canals. Thor declined to specify the agreed-upon terms but asking rent for the space was $650,000 per year, or $81 per square foot.

A Chase bank branch already occupies the street-level retail space in the building, which boasts 18-foot ceilings and floor-to-ceiling windows overlooking both Bedford Avenue and North 7th Street. Construction of the building finished in December 2017 and Chase signed its 10-year lease there a month later.

“We are thrilled Tend Dental has chosen 180 Bedford Avenue for their first location in Brooklyn and strongly believe they will successfully shake up the dental industry,” Joseph Sitt, Thor’s chairman, said in a statement. “The brand-new building is the perfect setting for the innovative company to execute their mission with modern construction, a central location, and access to the growing residential population in Williamsburg.”

Tend, founded by former SmileClubDirect CEO Doug Hudson, aims to attract patients to its clinics — which it calls studios — with an au courant marketing campaign that promises “no judgment” from its hygienists and the option to watch Netflix while its dentists’ drills whir. At its first location, on East 21st Street, Tend offers patients flavored toothpastes including licorice, cinnamon and ginger.

A Ripco team of Jason Pennington, Andy Clemens, Alex Beard and Ben Weiner worked to extract favorable lease terms for Thor, with help from Thor’s own Sam Sabin. Tend was tended to by CBRE‘s Robert Bonicoro and Stephen Sjurset.

“The second-floor space is perfect for this particular type of tenant, because it provides them with unmatched exposure at the most prominent intersection in Williamsburg,” Clemens said in a statement.