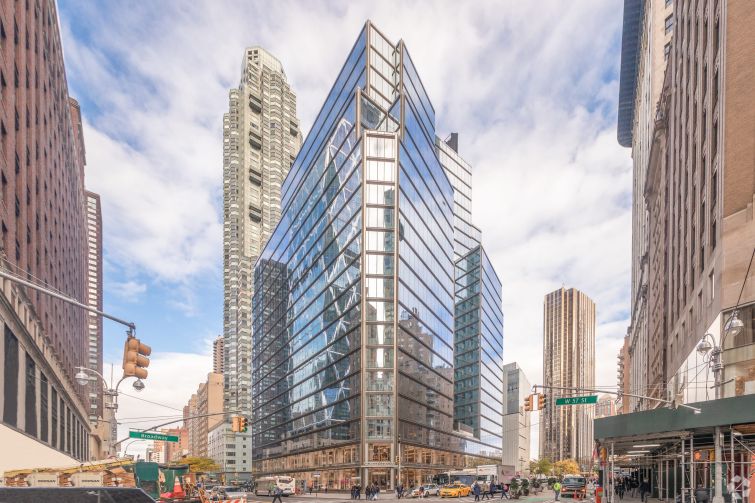 The talent agency signed a lease for 21,000 square feet on the 21st floor of the 26-story office building, located on Broadway between West 57th and West 58th Streets, according to information from Savills, which brokered the deal.

The term of the lease was 10 years and asking rent was $88 per square foot, according to Jonathan Fanuzzi of JLL, who represented the landlord.

APA is relocating from 130 West 50th Street, where it occupied 28,375 square feet it had subleased from AllianceBernstein in 2014, as CO reported at the time. It plans to move into its new offices in December.

In addition to New York and Los Angeles, APA has offices in Nashville, Atlanta, Toronto and London.

Savills’ Scott Weiss and Erik Schmall represented the tenant, and Moinian was represented by Fanuzzi and Harley Dalton of JLL.

Moinian took full ownership of the property after paying $266 million for advertising firm Young & Rubicam’s six-story office condominium earlier this year. The advertising firm remains the building’s anchor tenant, and the ground-floor retail is occupied by the Nordstrom Men’s Store.

The glass-clad building was once a General Motors building, back when that stretch of Broadway, known as Automotive Row, was the headquarters of the city’s glamorous auto showrooms.