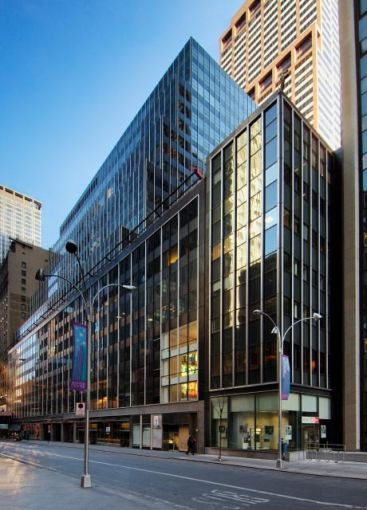 APA, a talent and literary agency, has signed a 28,375-square-foot sublease from AllianceBernstein on the 17th floor at 135 West 50th Street, The Commercial Observer has learned.

The deal, which will expire at the end of 2019, carries rent in the high-$30s per square foot, according to data from CompStak.

“APA’s leadership is excited to further expand their presence in New York as one of the top talent and literary agencies in town,” said Freddie Fackelmayer of CBRE, who represented the tenant, in an emailed statement. “135 West 50th Street presented excellent brand-alignment and is a welcome addition to the APA portfolio for 2014.”

In 2012, TPF Operating REIT, affiliated with UBS, acquired the ground lease at 135 West 50th Street for $279 million, according to reports. The seller, a partnership between Suzanne Lehmann and Zev Wolfson, had purchased a 43-percent interest in the land for $56 million in 2010.

UBS, the majority owner of the land, had previously acquired the 800,000-square-foot building, known as the SportsIllustratedBuilding, from Murray Hill Properties for $332 million in 2006.