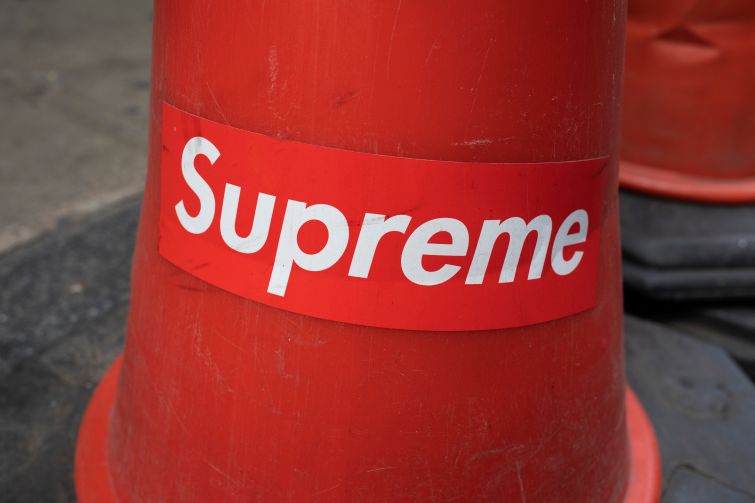 A Supreme logo on a traffic cone in London. Photo: Mike Kemp/In PIctures via Getty Images

Popular streetwear company Supreme — known for its fanatical following, limited releases and bevy of online resellers — will stay put at its formerly temporary Nolita retail space and give up its Lafayette Avenue storefront after 25 years, Commercial Observer has learned.

Supreme signed a long-term lease for the 8,000-square-foot storefront in the landmarked 190 Bowery, formerly the Germania Bank building, between Spring and Prince Streets, landlord RFR Realty confirmed. The space includes about 4,000 square feet on the ground floor and 4,000 square feet in the basement, according to a source with knowledge of the deal.

The source could not provide asking rent and the exact length of the lease.

The streetwear brand — which has slapped its famous box logo on everything from t-shirts to a fire extinguisher — first was in talks to temporarily take space in 190 Bowery in October 2018 while it renovated its original storefront at 274 Lafayette Street in Soho, Crain’s New York reported.

Supreme moved into 190 Bowery on Feb. 21 with the plan to move back to its Lafayette Street location in the middle of this year, according to streetwear blog Hypebeast. However, the company decided to stay and put its original shop up for sublease, the source said.

The skateboard-oriented brand was founded in 1994 by James Jebbia out of the Lafayette Avenue store and became known for drawing long lines when it releases new products. It later expanded to outposts in Japan, Los Angeles, London, Paris and Brooklyn.

Representatives from Supreme did not immediately respond to requests for comment.

RFR handled the deal in-house while Chris DeCrosta and Tabatha McGurr of GoodSpace represented Supreme. A spokesman for RFR declined further comment and the GoodSpace brokers declined to comment.