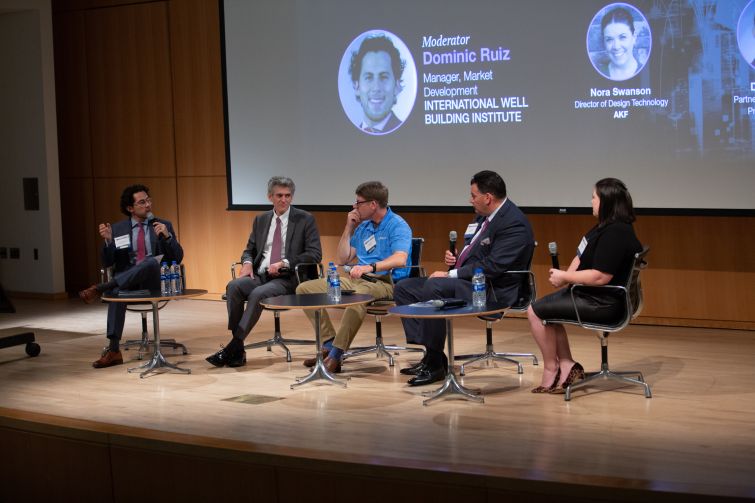 That’s led to an uneven rollout of increasingly available smart-building technology as the field of vendors — and the growing pains associated with installing the tech — outpace landlords’ and developers’ abilities to adopt computer-driven building systems, according to panelists at Commercial Observer’s Building Technology Forum in Midtown on Wednesday morning.

The wide field of tech providers has even given rise to a need for consultants who can help landlords decide which providers to work with.

“Our role in the smart-building world is to help with landscape analysis,” explained Nora Swanson, the director of design technology for AKF, an engineering consulting firm. “There are more smart-building vendors out there than anyone can name.”

Meanwhile, as landlords embark on the building-by-building process on adding sensors, databases and cloud computing to their CRE portfolios, they are beginning to find that smart technology doesn’t mean hands-off technology, according to panelists in the discussion, which was moderated by Dominic Ruiz of the International WELL Building Institute.

“It requires a lot of personal involvement as well as artificial intelligence,” said Thomas Ike, the president of Chelsea Lighting. “Someone has to set it up to make sure it’s working properly.”

But when landlords persevere and set up the systems — which can include centralized, automated control of building lighting, climate-control and utilities systems — the efficiency gains and cash savings can be immense.

One issue landlords who use smart-building technology run up against is tenants whose workers bristle at the notion of having their location monitored throughout the workday. In some cases, panelists said, those concerns are overblown or built around a poor understanding of sensors’ uses and capabilities. But the speakers weren’t entirely unsympathetic.

“Most employers feel they have a right to know whether an employee is in the building,” said Cecil Scheib, New York University‘s chief sustainability officer. He also pointed out that sound sensors have played a key role in improving dorm-room design, because they’ve helped the university monitor the levels of street noise, but noted that the microphones — which don’t save sound recordings — might still give students justifiable pause.

“As we look at the internet of things, I think [these issues] are going to be growing in the public eye,” he said.

Dale Tuttle, a practice leader at accounting firm Withum, noted that construction companies that monitor employees with technology have seen their investments return a similar mix of useful information and employee skepticism.

“It’s a matter of trust,” Tuttle said. Sensors “promise all this great information about your workforce, but employees want to know, ‘What are you tracking?’ So now, [companies] are retroactively worried about privacy.”

Landlords and builders looking for a hint about where CRE construction tech will head next would be wise to look at smart technology now available for private homes, as per Swanson.

“I think smart-home technology will drive what we see in the commercial industry,” Swanson said. “I happen to like to know what’s going on in my fridge. As our expectations for how you move through the world [makes smart technology] more visible, we will see the demand occur.”