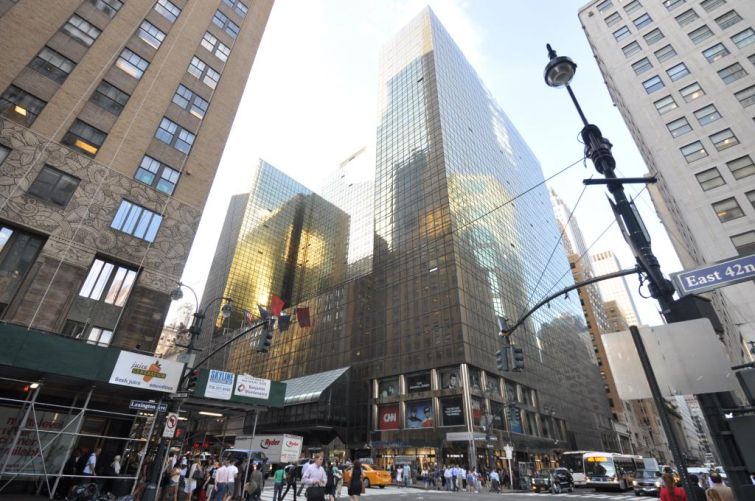 Amid an elongated business cycle, lenders and owners must consider an uneasy global economic arena and an unstable political landscape, which makes for quite a mix of uncertainty.

“The market has changed and yields have changed too,” said TPG Real Estate Finance Trust president and CEO Greta Guggenheim. “I think investors need to accept that returns are lower across financial assets. It’s a different environment this year.”

But for lenders in an ever-changing industry, identifying where it will be difficult to lend or exactly where there might be deterioration is key, specifically at a micro level, according to Guggenheim.

“I think it’s…micro markets and some assets that seem easy to finance, like New York City rent-regulated apartments,” Guggenheim said. “It was easy in May and then on June 14, it became extremely difficult. You have to look at the political mood. Owners of rent-regulated properties lost significant value. When you see these non-economic regulations come in, it’s something we can’t predict. You have to look at the micro situation. Hotels in New York are still challenging and multifamily is the greatest and last best performing asset nationally compared to others, but you look to certain markets like in Houston where you’ve had a dramatic overbuilding of apartments.”

“Chicago is a great example right now, with all the uncertainty around real estate taxes,” Santiago said. “Capital markets in Chicago are virtually shut off right now because it’s impossible to underwrite where taxes are going there. But, macro-perspective fundamentals continue to support more development.”

Santiago also sees a deterioration of loan covenants in deals, she said, something that’s hard to predict the impact of long term.

“In the last 12 to 24 months, there’s been a lot of deterioration in covenants in the lending space,” Santiago said. “There is so much dry powder sitting on the sidelines, chasing after a lot of the same institutional deals we all want to be in, because at this stage in the cycle, one of the best risk mitigators is to go after institutional assets with great sponsorship in urban locations. There are only so many of those deals getting done today, and the competition in the lending space is really driving some fairly covenant wide deals to get done. It makes our job as lenders a little more challenging, because we have to remain disciplined despite pressure to put capital to work.

“[We might] shift our strategy from equity to debt,” Santiago added. “There might be a market where we continue to like the fundamentals, but we’re just not seeing the same type of robust growth we were seeing a few years ago, so the returns aren’t there for us on the equity side. We feel very comfy playing at a healthy leverage point from a finance perspective.”

“Adjusting the leverage point is the way to take advantage of areas where we see some volatility,” Keenan said. “There are certain markets where it’s very hard to tell if values have bottled up and where rents are going. New York City retail is an area where it’s hard to tell what leverage point you’re truly at, if you don’t know what long-term value is going to be. In markets where values have been relatively stable, where we see some volatility—whether its because of supply or some idiosyncratic issue—we can pull back on leverage and find some interesting investment opportunities and look at our market sectors and take a long term view at our basis.

“We’ve spent a good bit of time on the New York condo market, which is certainly an area experiencing distress right now, but if you’re careful about underwriting projects and finding the right basis, we think there could be interesting opportunities there,” Keenan added.

The industrial and multifamily sectors remain as undeniable sectors in which lenders will flock, given the stability and obvious long term growth of both.

One thing is for certain, “industrial is the future,” Keenan said. “It is the flip side of retail. People have permanently shifted their consumption habits and there was a significant portion of that that used to run through retail channels, but now runs through industrial.”

Keenan added that another interesting caveat to consider in the industrial space is that “areas where it’s most valuable are also areas where its uneconomic to build. It’s uneconomic to build new industrial in dense areas, so there’s really strong demand and mitigated supply and that creates positive fundamentals,” she said. “We expect demand to continue—and it’s an area we’re focused on—but it’s hard to find lending opportunities.”

Santiago added that she had recently observed statistics that outlined the impact of e-commerce and its penetration and takeover of brick and mortar and global retail, saying: “From 2008 to 2016, it had gone from 4 percent to 8 percent, and from 2016 to today, it’s gone from 8 to 17 percent and is growing closer to probably 25 percent. Just the pace at which it’s replacing traditional retail and spending and buying habits is leaps and bounds greater than what people expected and predicted.” That’s further evidence of the future of the industrial sector.

Just this month, the U.S.’s largest mall owner Simon Property Group announced that it was partnering with Rue Gilt Groupe to launch an online discount shopping business. Simon owns and operates many outlet shopping centers across the globe and has partnered with brands at Woodbury Common Premium Outlets in New York to run mock sales of discount goods on its new site. Simon announced it was committing $280 million to the new business.

“Five years ago, there were certain channels within retail that were not easily penetrated by e-commerce, whether it was fast fashion and other goods and services, we felt we still needed that touch and feel,” Santiago said. “Several years ago, we would have said there continues to be staying power within the brick and mortar outlet space, because how would it penetrate a sector with so much volume. People are figuring it out and getting ahead of it.”