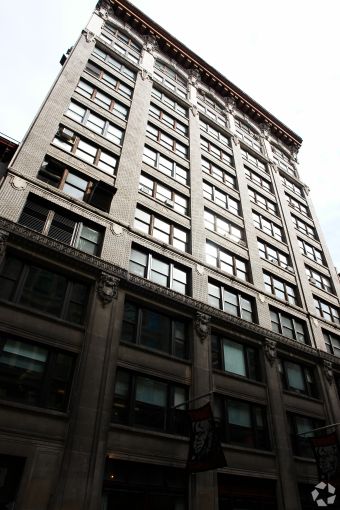 Left/Right —  the television producer behind shows like “The Weekly,” “This American Life,” and “Odd Mom Out” — will keep its offices at 39 West 19th Street for another decade, Commercial Observer has learned.

The producer signed a 10-year lease with the Rosen family to renew its 34,000-square-foot space on the entire seventh, ninth and 10th floors of the 12-story building between Avenue of the Americas and Fifth Avenue, according to tenant brokers Savills.

A spokeswoman for Savills declined to provide the asking rent in the deal, but CoStar Group data shows rents in the property range from $43 to $65 per square foot.

Left/Right first moved its headquarters — which has production and editing facilities — into 39 West 19th Street in 2009, as CO previously reported.

“Given the tight vacancy rate in Midtown South, it can be a challenge to secure favorable lease terms in a highly sought after neighborhood like Chelsea,” Savills’ Erik Schmall, who represented Left/Right along with Daniel Thompson, said in a statement. “We were able to negotiate flexible options for Left/Right, which made staying in place the optimal choice for the company.”

David Koeppel and Max Koeppel of Koeppel Rosen, the leasing and management agent for the Rosen family, handled it for the landlord.

“We’ve known the Left/Right executives for a long time and they have a proven track record as a tenant,” David Koeppel said in a statement. “Left/Right would have been welcomed in any building in our neighborhood, and we were very excited to accommodate their space improvement requirements and extend the lease.”

Other tenants in the 128,657-square-foot property include flooring disruptor Chilewich Sultan, the New York Conservatory for Dramatic Arts and eatery Burger & Lobster.