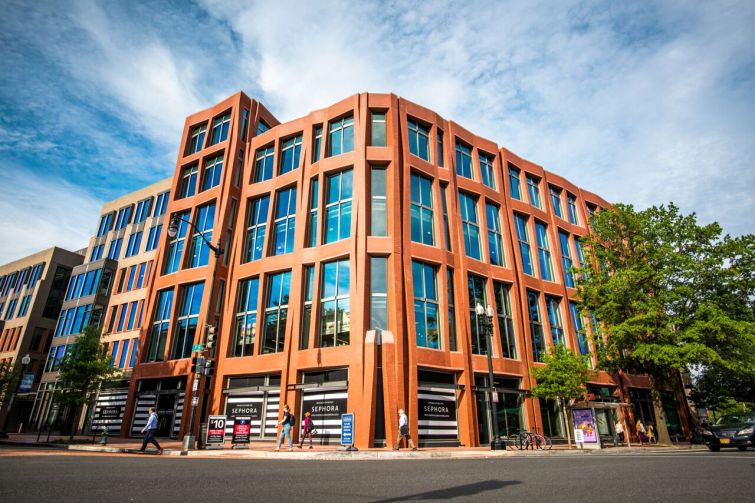 Gilbert LLP has signed a lease for 20,000 square feet at 700 Pennsylvania Avenue SE in Washington, D.C.’s Eastern Market neighborhood, according to developer EastBanc.

The law firm will move into the building in 2020 and will occupy the space for at least five years, according to an EastBanc spokeswoman, who would not disclose the asking rent at the building.

The seven-story office building is part of EastBanc and Stanton Development’s 400,000-square-foot mixed-use project named 700 Penn. “With 700 Penn, our goal has been to enhance D.C.’s iconic Eastern Market neighborhood by bringing modern, unmatched residential offerings as well as transformative yet complementary retail and businesses to the historically federal area,” Philippe Lanier, a principal at EastBanc, said in a company statement.

American Math Society also recently signed a lease at the building for 2,500 square feet and Ferrero Rocher will occupy 3,000 square feet, according to the company statement. The three new leases bring the office building’s occupancy up to 90 percent. Current office tenants at the property include Akin Gump, The Yard and Sanford Heisler Sharp.

Amenities at the office property include multiple conference centers, a rooftop terrace with views of the Capitol, a fitness center, automobile and bike parking, and shower rooms. A team from JLL lead by Doug Mueller, Evan Behr, and Mac Hall represented the landlord in all of the transactions, according to the EastBanc spokeswoman. The development’s retail offerings include a Trader Joe’s, Sephora, JRINK, District Veterinary Hospital, Orangetheory Fitness and Chase Bank.