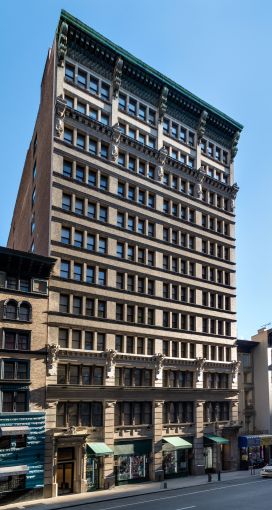 Just in case the people of Midtown South didn’t have enough fitness studios to choose from, Equinox is adding another gym to its Manhattan roster.

The upscale fitness company signed a lease for 39,025 square feet and at the 12-story building between Broadway and Sixth Avenue, and will occupy the first through third floors, as well as the lower level, through 2039, according to CoStar.

Savanna declined to confirm the deal and Equinox did not respond to a request for comment.

The real estate firm also signed a financial tenant, Argentic Investment Management, the finance company confirmed. The investment firm will relocate from 40 West 57th Street and occupy the top floor, which spans 12,000 square feet. Savanna declined to confirm the deal. The asking rent was $85 per square foot, per Crain’s.

Savanna purchased the property in 2017 for $126 million and spent $10 million upgrading it. Other tenants in the building include architecture firm Stonehill Taylor Architects, film and TV production company A24, and Knotel, which leased 23,000 square feet across two floors in 2018, as Commercial Observer reported at the time. Sharif El-Gamal’s Soho Properties, which owned the building between 2009 and 2012, is headquartered there as well.