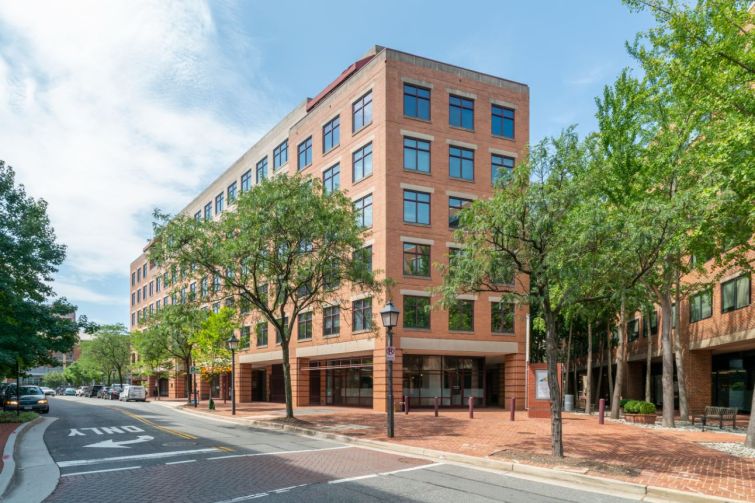 The professional association, which hosts conferences and talks for members of the air traffic control industry, signed a 10-year lease for 6,374 square feet at the property, located at 225 Reinekers Lane in Alexandria’s Old Town submarket, according to EQ Office.

Separately, Solutions Physical Therapy & Sports Medicine signed a 1,700-square-foot lease expansion in the building, bringing the company’s total space to 4,600 square feet on the ground floor. A tenant since 2014, the Solutions also signed an extension to remain in building through 2024.

“The Air Traffic Control Association is a respected non-profit organization that has been in the D.C. region for over 60 years, while Solutions Physical Therapy provides an important service for area residents and workers,” Scott Silverstein, EQ Office’s director of portfolio management, told CO. “We value having a diverse tenant base that complements Old Town’s position as a premier destination in the D.C. region.”

Asking rents are in the mid-$40s per square foot, according to Silverstein.

EQ Office purchased the building in 2012, which features an on-site café and a rooftop terrace. There are also several suites that boast private offices, workstations and conference rooms.

“The ways in which EQ Office elevates the tenant experience at King Street Station, including a reimagined lobby with a hospitality-style vibe and brand new fitness center, make it unique for the Northern Virginia market,” Silverstein said. “In addition, tenants benefit from convenient access to mass transit and neighborhood amenities.”

Newmark Knight Frank’s team of Edwin Clark, Jeff Tarae and Dominic Orcino were also involved for both transactions for the owners.