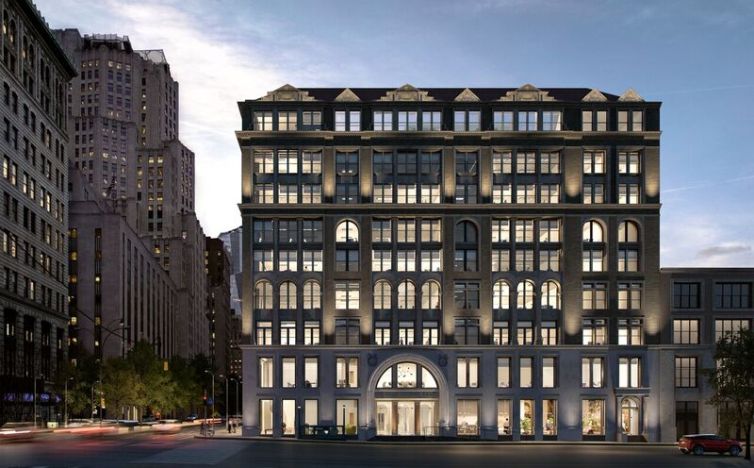 The Renaissance Revival-style building comprises 118,034 square feet and sits on the corner of Park Avenue South and 22nd Street.

CL purchased the 121,000-square-foot property from the nonprofit United Charities, which oversees the Children’s Aid Society and Community Service Society of New York, for $128 million in 2014. The Beijing-based developer initially had plans for a residential conversion of the office property, but instead scrapped those plans and undertook a dramatic renovation of the interior, including stained glass windows, a skylight and a 28-foot-tall “Assembly Hall” on the ground floor.

In July 2018, coworking provider Spaces leased the entire office portion of the property, as previously reported by CO.

“With a newly-signed, 15-year lease for the entirety of the office space with Spaces By Regus, 287 Park Avenue South demonstrates the viability of obtaining financing with primarily coworking tenancy, even in the midst of prevailing sentiment surrounding the industry as a whole,” Roeschlaub said.

“Sponsorship recently invested significant capital redeveloping the property into a premier, Class A office and retail building, merging a restoration of its historic design with modernized building systems and top-tier amenities, which reestablished the property as a unique and highly desirable product in a prime location,” Stolly added.

Officials at Bank of China did not immediately return a request for comment.