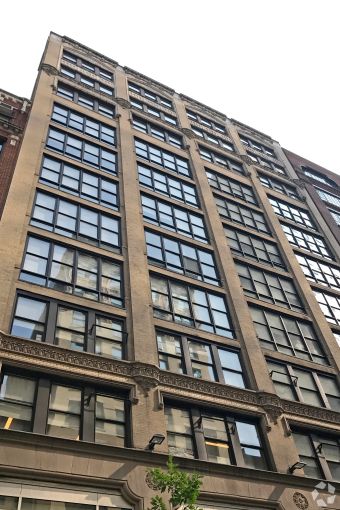 The 10-year, interest-only loan carries a 3.84 percent interest rate and retired just under $48 million in existing debt from LoanCore Capital, cashed out $10.7 million in equity, paid $2.5 million in defeasance costs and covered $1.2 million in closing costs, according to information from Fitch Ratings, which analyzed the deal as part of the recent $1.2 billion BANK 2019-BNK22 commercial mortgage-backed securities (CMBS) transaction.

The roughly $48 million that was taken out with this new loan had been securitized in the $1.2 billion CGCMT 2013-GC11 CMBS deal that closed in April 2013; it represented just over five percent of that pool, according to data from Trepp.

“A combination of the building’s location and it’s well-established tenant, with stellar financials, allowed us to attract a ton of hype from the debt market and to close with incredibly favorable terms,” Foremost Real Estate managing director Nathaniel Shavolian told CO in a statement.

Thomas Fuchsman and Solomon Birnbaum’s FBRE Capital arranged the new financing on behalf of the borrower. The loan was originated on Oct. 4, according to Fitch.

The 12-story property—located between Avenue of the Americas and Seventh Avenue—is fully occupied and is home to the headquarters for social services non profit Bowery Residents’ Committee (BRC), which was founded in 1971 to help facilitate services for the homeless and the unemployed as well as those suffering from addiction or mental illness.

BRC inked a 30-year, triple-net lease for the entire commercial portion of the building in 2013 for an asking rent that was $45 per square foot, according to information from CoStar Group. Almost 75 percent of the asset’s rentable area is used for BRC’s adminsitrative functions, according to Fitch, with just over a quarter of the remaining space being used for short-term housing for those that the agency serves. Since setting up shop in 2013, BRC has invested around $7 million into the space it occupies.

Built in 1921, the 104,500-square-foot building went through a series of renovations from 2010 to 2012, which amounted to $17 million worth of work from Foremost just a few years after the firm bought it for $32 million in 2008, according to information from Fitch and from CoStar; Foremost funded its purchase with roughly $28 million in financing from New York Community Bank.

In May 2016, Foremost put the building on the market, with its broker Meridian Investment Sales estimating that it could fetch north of $100 million, a stark jump from the $32 million price tag Foremost had experienced eight years prior, as CO previously reported.

Nathaniel Shavolian told CO that Foremost had “explored the possibility of a sale for internal reasons, and we found that the market has a good appetite for a stabilized asset like this building on 25th street.” He said that the firm received numerous offers that were near its asking price but “we eventually decided to take advantage of this favorable interest rate environment…for the foreseeable future, we are not planning on selling the building, but obviously, anything is a possibility.”

Helen Hwang, Meridian’s head of institutional investment sales, who was tapped to lead a team to market the asset in 2016 said in a press release that year that the building and its stable, lone long-term tenant not only provides “the physical and locational attributes that are driving Midtown South’s booming commercial market…but it also offers an elusive blend of a durable income stream and generational upside that can only be achieved when investing in Manhattan real estate.”

Officials at Bank of America did not immediately respond to an inquiry.