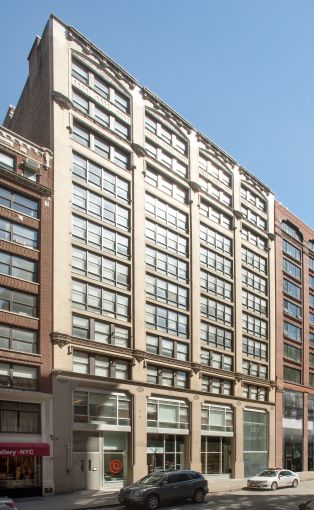 The home of a charity for the homeless and jobless in Chelsea has hit the sales market, Commercial Observer has learned, with a source familiar with the neighborhood estimating it could fetch north of  $100 million.

Dan Shavolian’s Foremost Real Estate has decided to sell the 104,424-square-foot 127 West 25th Street between Avenue of the Americas and Seventh Avenue, and has tapped Meridian Investment Sales to market the building.

Meridian declined through a spokesman to discuss why Foremost has put the property on the market. But the company will make a high return if indeed the property does sell for more than $100 million. Property records indicate that the owner paid $32 million for the building in January 2008.

Bowery Residents’ Committee, a charity aimed at helping the homeless along with those suffering from mental illness or drug addiction, has a triple-net lease for the entire commercial component of the 12-story property, according to a press release from Meridian. The government-subsidized organization has 27 years left on its lease at the 104-year-old property. It signed a 30-year lease at the building in 2013 when the asking rent was $45 per square foot, CoStar Group indicates.

Helen Hwang, the head of institutional investment sales at Meridian who’s leading the marketing team, said in a press release that the lengthy tenant would create a constant revenue stream for a potential buyer.

“Not only does 127 West 25th Street provide the physical and locational attributes that are driving Midtown South’s booming commercial market,” Ms. Hwang said in prepared remarks, “but it also offers an elusive blend of a durable income stream and generational upside that can only be achieved when investing in Manhattan real estate.”

Mr. Shavolian told CO that Bowery Residents’ Committee has been a stable tenant on firm financial footing. Although there had been some initial concern by the surrounding community, he said, the charity has been well-received in the area.

“[The building] is a great solid, stable asset,” he said. “As far as the tenant goes, it’s a great tenant.”

Buying a fully-leased building with a long-term tenant such as Bowery Residents’ Committee is especially beneficial for an institutional investor, overseas or out of town, said Eastern Consolidated Principal Adelaide Polsinelli, who is not involved in the marketing of 127 West 25th Street.

“You don’t have to worry about retenanting or repurposing the building for a new tenant,” she said. “It’s a good way to secure a foothold in New York City for a national player. It’s headache-free and management-free.”