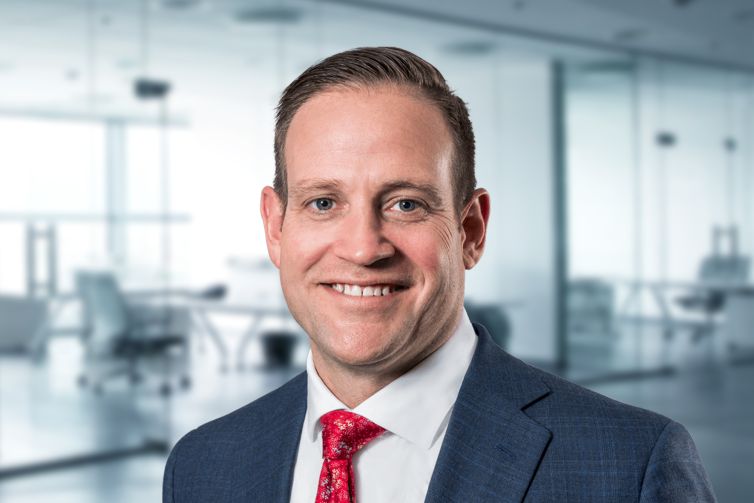 It has been a tough year for New York City’s investment sales market, but Brooklyn remained first in transaction volume and second only to Manhattan in dollar volume. Uncertainty leading up to and following Albany’s mid-June passage of the Housing Stability and Tenant Protection Act of 2019 (HSTPA) kept many investors sidelined, as the new laws are far more tenant-friendly than anticipated.

From January through September, New York City saw $26.2 billion in sales take place across 1,568 transactions, according to our company’s preliminary data. When compared to the same period a year earlier, dollar and transaction volume slid 12 percent and 14 percent, respectively. Sales of multifamily buildings (10+ residential units) fell 33 percent year over year to 237, and development site transactions slid 23 percent to 344.

Absolutely. Brooklyn mirrored the city’s overall trend, with 687 sales worth $4.5 billion from January through September, representing declines of 13 percent and 25 percent, respectively, compared to the same period in 2018. Unsurprisingly, multifamily assets (10+ residential units) witnessed a steep slide, with sales falling 45 percent on a year-over-year basis to 64 transactions. Dollar volume for these properties slumped 45 percent on an annual basis to $1.3 billion.

It’s still too early to gauge the new regulation’s impact on pricing, as few assets have traded, but we anticipate cap rates on rent regulated buildings to rise by 1.5 to 2 basis points from pre-2019’s 3.5 percent to 4 percent.

What is your opinion of HSTPA?

Put simply, the new laws overreach and I think they will have unintended consequences. First, they will undeniably impact tenants’ living conditions. The legislation caps Individual Apartment Improvement’s (IAI) at $15,000 and prohibits landlords from doing more than three IAIs during a 15-year period. Under the new formula, in buildings with 36 units or more, the amount the rent can be increased for an IAI is limited to 1/180th of the cost of the improvement.

Based on this formula, if a landlord does $15,000 in renovations, they can increase rents by $83 per month over 15 years. Therefore, it will take 15 years to just break even on their $15,000 investment. At best, the return is slightly above break even.

Second, HSTPA disproportionately impacts landlords of smaller properties. In Brooklyn there are 21,400 apartment buildings that are more than 6 units, yet 71 percent of those buildings are between 6 and 12 units and 50 percent are owned by investors who own 3 or less buildings. Nearly one-third, or 6,850, are owned by people who own only one property. Many of these owners now face increased bureaucracy, more paperwork and an additional administrative burden.

Third, HSTPA removes millions of dollars from the city through lower tax receipts. For example, the Real Estate Board of New York, drawing on data from Ariel Property Advisors, calculated the public received $10,523,582 less in July 2019, than in June, and $15,305,419 less than its average for the last eight years.

Nevertheless, despite the heavy-handed legislation, there will always be demand for large multifamily assets. It is simply a matter of how much HSTPA impacts pricing.

Are you still bullish about Brooklyn?

Brooklyn has proven itself and today investors believe there are still value-add opportunities in its many eclectic and rapidly evolving neighborhoods. At the same time, stable and long-term appreciation can be found in the borough’s established neighborhoods. Meanwhile, the fundamentals in the Brooklyn residential market are strong. Rents are steady or rising throughout the borough, and condo pricing in some areas, such as north Brooklyn, has surpassed $1,400 per square foot. That is above Brooklyn’s overall average price per square foot of $1,144 in the third quarter, according to Douglas Elliman.

We are cautiously optimistic about Brooklyn’s office market because absorption has been slower than anticipated. But multi-generational office developers, such as Tishman Speyer, Rudin Management, Rubenstein Partners and RXR are optimistic and collectively have developed more than 2 million square feet of Class A office space. Brooklyn is increasingly attracting cutting edge innovative companies and human capital is needed for these companies to grow. Brooklyn has become a haven for innovation. A recent report about the nation’s major tech hubs by the Center of Urban Future found that since 2008 the startup growth rate in Brooklyn was 356 percent, second only to San Francisco. Brooklyn became the home to 1,205 tech startups in 2018, up from 264 in 2008. Many of these companies will evolve and expand business lines and will need more space to accommodate their growth.

My opinion is to “follow the family office.” These firms tend to have longer term capital. They are inclined to stay on the sidelines as markets get frothy but are the first to buy in down markets or where they see a long-term value proposition.

What do you see as the challenges in the market?

Bureaucracy and failure to communicate. NYC is thriving and has become a victim of its own success, particularly with regards to the housing market. There is a lack of affordable housing and we can create more if we fix the inefficiencies created through bureaucracy. Several critical rezonings have kickstarted much of the growth in Brooklyn, but we need to do more and the process needs to be streamlined. All stakeholders agree there is demand for both affordable and market-rate housing, but we have not come up with a solution that is expeditious. In many cases, we’ve seen private applications for rezonings approved in areas that have been considered for larger rezonings. Why not focus on the bigger picture and rezone an area instead of project by project?

For example, I think 4th Avenue should be rezoned from Atlantic Avenue into Bay Ridge. The Gowanus rezoning of 4th Avenue stops near 15th Street. From Prospect Avenue to Bay Ridge the residential density is low, and from Sunset Park through Red Hook we have a booming industrial and innovation market. Several of the stakeholders in Sunset Park, for example, have complained that housing has become unaffordable. I think 4th Avenue offers the opportunity to ameliorate the housing burden.

Lastly, we need better overall communication. In the case of the HSTPA, it was one-sided because the private sector landlords failed to participate, so lawmakers were able to push through everything they wanted. We’ve made great strides through public-private partnerships in NYC. Both sides need to have more open discussions and come up with meaningful solutions for our city to thrive.

What assets and neighborhoods do you recommend?

The Gowanus rezoning will be transformative as it aims to create a true mixed-use community that combines residential, light industrial and retail. I am particularly excited about the retail and commercial sector there. The rezoning in Gowanus mandates commercial space on the ground floor, so there will be more space for retailers to choose from, which should make rents more affordable. The neighborhood has seen an uptick in experiential retail, with rock climbing and axe-throwing facilities situated there.

I am optimistic about Sunset Park’s industrial and warehouse assets, with investors motivated by the neighborhood’s proximity to major thoroughfares and relative affordability. Sunset Industrial Park — a sprawling 18-acre site situated on Third Avenue between 19th Street and 21st Street, along the Gowanus Canal — will include an up to 1.3-million-square-foot stacked distribution center, making it the largest of its kind in the country.

I am also bullish on development in Flatbush. As construction continues on several high-profile projects, the cost of land in this central Brooklyn neighborhood is poised to climb as investors take advantage of relative affordability in a region that still offers value and scale. The price of land in Crown Heights is also attractive and its wealth of opportunity zones should continue to entice investment.

I remain upbeat on the residential rental market along Brooklyn’s transit hubs that provide easy access to the innovation hub, such as Sunset Park, Brooklyn Tech Triangle (Downtown Brooklyn, Dumbo, Clinton Hill and the Navy Yard) and Bushwick. I am also optimistic about Coney Island and Sheepshead Bay, where more than 3,000 units are in the pipeline for these densely populated, culturally rich neighborhoods and where there has been minimal new construction.

What is your overall outlook for Brooklyn?

Let’s face it, Brooklyn is a pretty cool place. NYC’s most populous borough is a brand unto itself and is synonymous with edginess and trendiness. Few places in the country do hipsters, bankers, lawyers, tattoo artists, C-Suite execs, and anti C-Suite startups call themselves neighbors.

The outlook for Brooklyn is definitively positive. While the changes to New York’s rent regulation laws are a bane for the multifamily sector, it will be a boon for others as investors focused on the New York market will deploy capital in other asset classes. Whether it be favorable demographics and rezonings or its abundance of opportunity zones, Brooklyn will remain high on investors’ radar screens, paving the way for a strong market for the foreseeable future. Oh, and the Nets will bring a championship to Barclay’s Center in the next five years.

Sean R. Kelly Esq, Senior Director at Ariel Property Advisors, one of New York City’s leading investment real estate services and advisory companies, has over a decade of experience selling commercial real estate in Brooklyn. In this article he shares his valuable insight about the borough, offers his outlook, and sheds light on what may lie ahead. Data was compiled by David Baruch, a Senior Analyst in the company’s Investment Research Division.