Under Construction: One Manhattan West’s Lobby 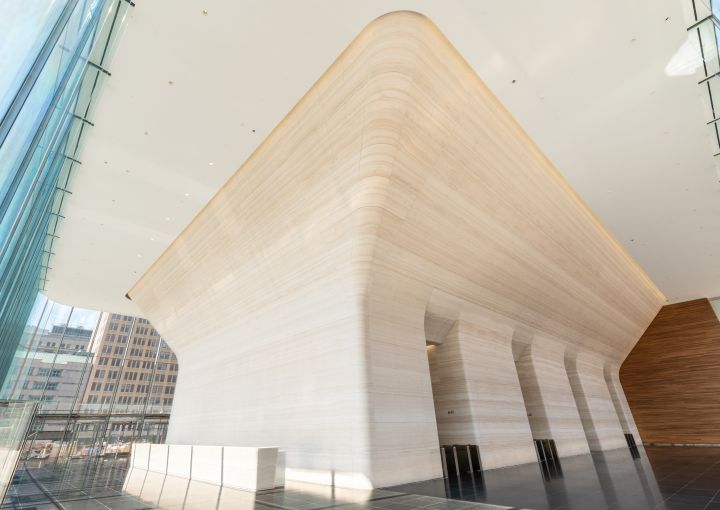 The lobby at One Manhattan West is cantilevered over the Amtrak tracks near Penn Station, which were decked over as part of the development. Photo: C. Taylor Crothers 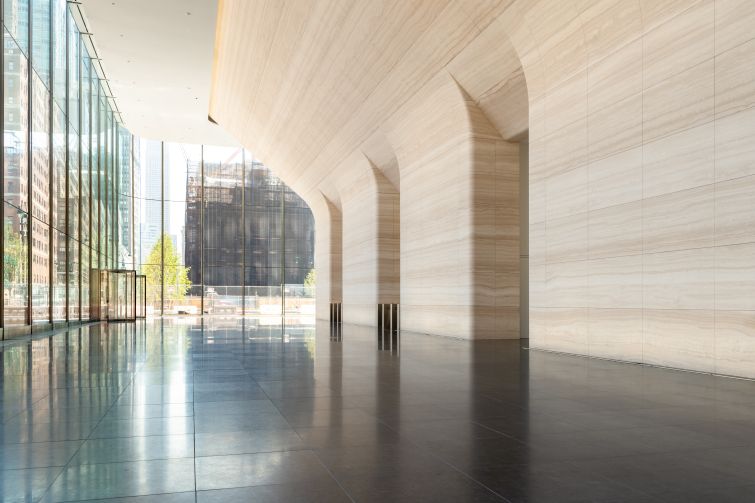 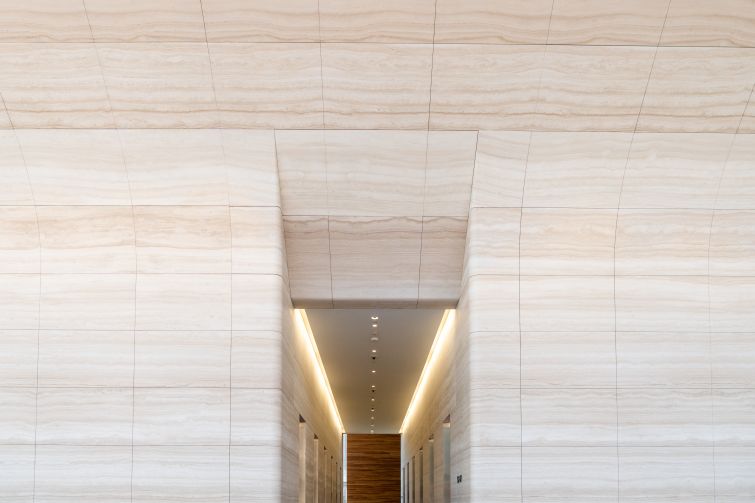 A special computerized milling machine was used to create the curved walls and ensure that the veins in the marble lined up. Photo: C. Taylor Crothers 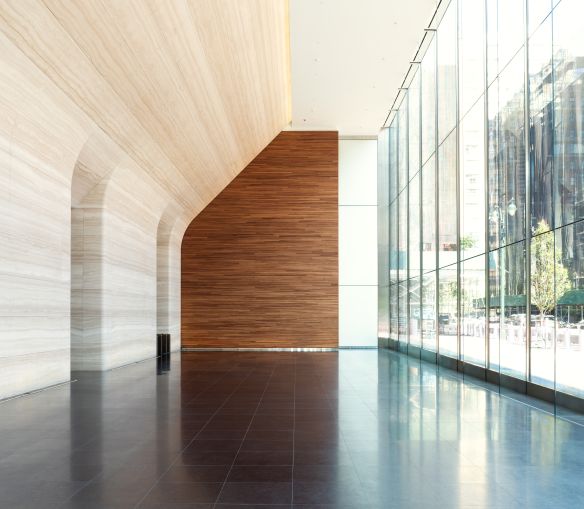 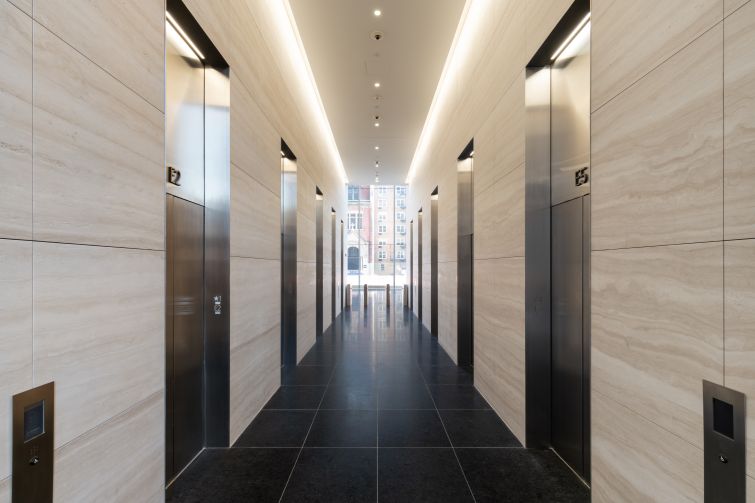 Brookfield Properties’ One Manhattan West has always been an incredible piece of engineering, with its massive, steel superstructure cantilevering over active train tracks and dominating half a block on Ninth Avenue across the street from Penn Station. The lobby of the 67-story, 2.1-million-square-foot office tower is no different: a monumental tribute to the power of massive corporate tenants and landlords, but featuring an understated, elegant design.

Since most of the lobby hangs over the tracks, its walls transition from perfectly straight to dramatically sloped, meeting the 46-foot-high ceiling at a 45-degree angle. The last 20 feet of the floor on the south side of the lobby are hanging over the train tracks, said Sabrina Kanner, Brookfield’s head of design and construction.

“If you were to follow the line of the building and take that straight down to the railroad tracks, we’d be in the worst possible throat of the Amtrak,” Kanner explained. “With the strength of the bedrock we have here —it’s 60-ton Manhattan schist — we built a very strong core, brought all the loads back into the core and cantilevered the floor out, which is why we’re able to have this column-free space.”

The entire facade is wrapped in floor-to-ceiling glass, but the interior sloped walls of the lobby are clad in 400 tons of white travertine marble, transported by boat from an Italian quarry. The stoneworkers had to buy three CNC machines — computerized milling machines run on the same technology used by 3D printers — in order to carve the shape of the four-story-high walls and line up the veins in the marble, according to Kanner. The marble also continues into the elevator lobby, which looks like a long, horizontal chute carved out of the middle of the building’s core.

The side walls are partially covered in a warm wood, and the floors are made of a shiny black Canadian stone. The southern, retail portion of the lobby is still under construction, but it will eventually connect to an outdoor courtyard and the adjacent, 17-story 5 Manhattan West. The two buildings will share 240,000 square feet of retail, including a Whole Foods, a Peloton store, and a three-level food concept from Danny Meyer.

Brookfield is also in the midst of building out a public plaza with seating and trees on Ninth Avenue in an effort to make the unforgiving streetscape by Penn Station a little more welcoming. (Also, it was required by the zoning.) The building is scheduled to open next month.

Gary Haney, a partner at Skidmore, Owings & Merrill, has overseen every aspect of One Manhattan West’s design, from the lobby the interiors, including landscaping designed together with James Corner Field Operations. SOM is also the master architect for all of Manhattan West, which includes six buildings: three office towers, two hotels and a residential tower.