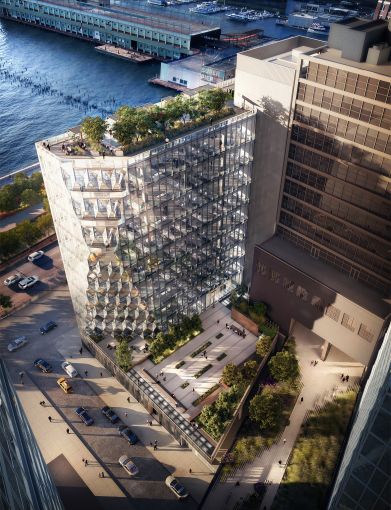 Hedge-fund RTW Investments will move its offices from Chelsea to the Solar Carve Tower in the Meatpacking District.

The firm signed a 10-year lease for 14,082 square feet on the entire seventh-floor of the Studio Gang-designed building at 40 10th Avenue between West 13th and West 14th Street, the New York Post first reported. Asking rents for the space in the 10-story building were $175 per square foot, a source with knowledge of the deal said.

A spokeswoman for the owners, Aurora Capital Associates and William Gottlieb Real Estate, declined to comment.

RTW will ditch its current offices at 412 West 15th Street for the recently completed glass tower overlooking the High Line in the first quarter of next year, the source said.

The 160,000-square-foot building, known for its prism-like curtain wall that will avoid casting shadows, finished construction in the spring. Barry Sternlicht’s Starwood Capital inked a deal in March to open an office on the eighth floor of the property while Genesis Motors, the luxury division of Hyundai Motor Company, previously took 40,000 square feet of ground-floor retail space, as Commercial Observer previously reported.

A JLL spokesman did not respond to a request for comment and the CBRE brokers declined to comment through a spokeswoman.