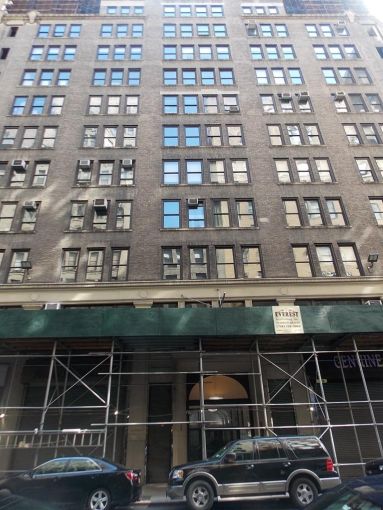 A children’s fashion designer and a denim manufacturer have both inked deals to take space in 242 West 36th Street, Commercial Observer has learned.

In the larger of the two deals, children’s designer Pastourelle signed a seven-year lease for 7,900 square feet on parts of the seventh and 14th floors at the Kaufman Organization’s 14-story building between Seventh and Eighth Avenues, the landlord said.

Pastourelle — which sells products in stores like Nordstrom and Lord & Taylor — currently has offices at 240 West 37th Street and plans to move into its new digs in the fourth quarter of this year, the spokesman said.

Kaufman also signed a seven-year deal with the Canadian denim maker WGW Sales — also known as Western Glove Works — for 6,052 square feet on part of the fourth floor of the 161,000-square-foot building. Asking rent for that space was $39 per square foot and WGW also plans to move in the fourth quarter of this year, the landlord said.

Grant Greenspan handled the deals in-house for the landlord while The Handler Real Estate Organization’s Darell Handler and Alex Bush represented both tenants. Handler did not immediately respond to a request for comment.

“242 West 36th Street is the ideal location for both firms’ workforces given its convenient access to multiple transportation options and the appealing food, entertainment and lifestyle scene that is rapidly developing in the surrounding neighborhood,” Greenspan said in a statement.