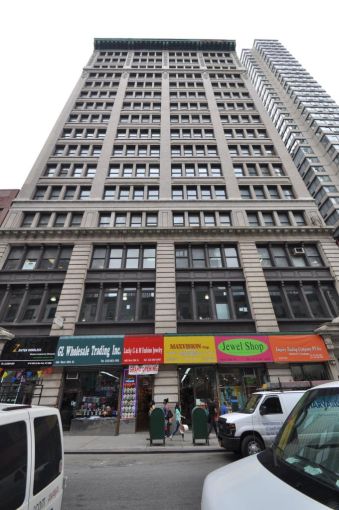 The deal consolidated roughly $66.9 million in previous debt supplied by North Fork Bank in 2007 — prior to its 2008 merger with Capital One — and Capital One in 2009, which was eventually assigned to New York Community Bank (NYCB), records show. This transaction also included a new, $11.1 million NYCB mortgage.

Stellar bought the 16-story building — between Avenue of the Americas and Broadway — for $51.5 million in June 2007, facilitated by a $50 million loan from North Fork.

In October last year, coworking giant WeWork inked a 10-year lease for 34,500 square feet in the building, as CO previously reported. The company took over the third, fifth and 12th floors of the 16-story building to establish an “HQ by WeWork,” which was scheduled to open this year, as The Real Deal first reported at the time. Asking rent for the space was $54 per square foot, JBA Real Estate CEO and president Jonathan Bernstein told CO at the time of the deal.

The building is currently home to businesses such as software service investing and funding platform Gust, which has its corporate headquarters on the seventh floor, and Jewish arts and culture nonprofit Reboot, which has space on the eighth floor.

Officials at Stellar Management did not immediately respond to an inquiry and neither did an official at NYCB.