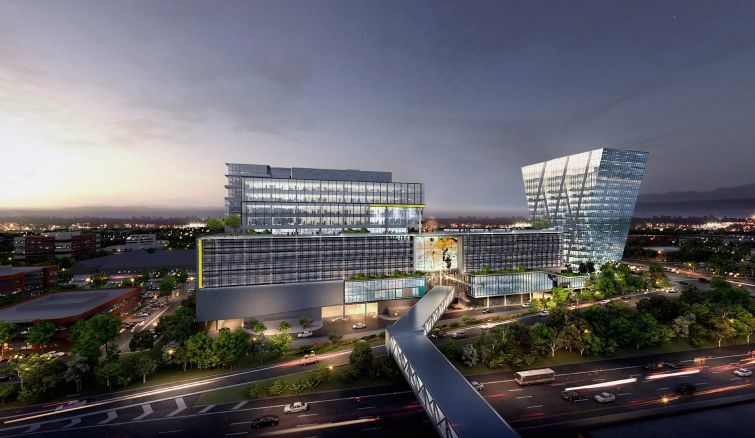 Information services company Neustar will be moving its global headquarters from Sterling, Va., and has signed a 100,000-square-foot lease at 1906 Reston Metro Plaza in Reston, according to Comstock, which developed and manages the property.

The Reston Station building consists of 178,000 square feet of office and 8,400 square feet of retail space. Neustar will consolidate its two offices in Sterling and move more than 400 employees to the new location by the first quarter of 2021, according to a Comstock spokeswoman.

By relocating into one building, the firm seeks to give employees “a more collaborative and connected work environment with the added benefit of an on-site metro station,” Neustar CEO Charlie Gottdiener, said in prepared remarks. “The new office will also enhance Neustar’s ability to attract and retain emerging tech talent, address current workspace needs and foster future growth in a sustainably minded environment.”

The property is located at the 40-acre Reston Station development, which spans the Dulles Toll Road near the Wiehle Reston-East metro station. The site has more than two million square feet of office and residential buildings, a 3,500-space underground parking garage and transit facility, and an additional two million square feet of development in various stages of entitlement, development and construction, according to a statement from Comstock. Prominent tenants at Reston Station include Google, Spaces and Certipath.

Tim Steffan of Comstock represented the developer in the deal. “We moved quickly through the transaction to secure their anchor position in our second trophy office building at Reston Station, and look forward to a continued partnership with Neustar’s executive team and welcoming their workforce to Reston Station.”

Rob Johnson of JLL, who did not return Commercial Observer’s request for comment, represented the tenant in the transaction. The Comstock spokeswoman would not provide the asking rent at the building, nor the length of the lease.