The industry vet is leaving the bank after almost 20 years 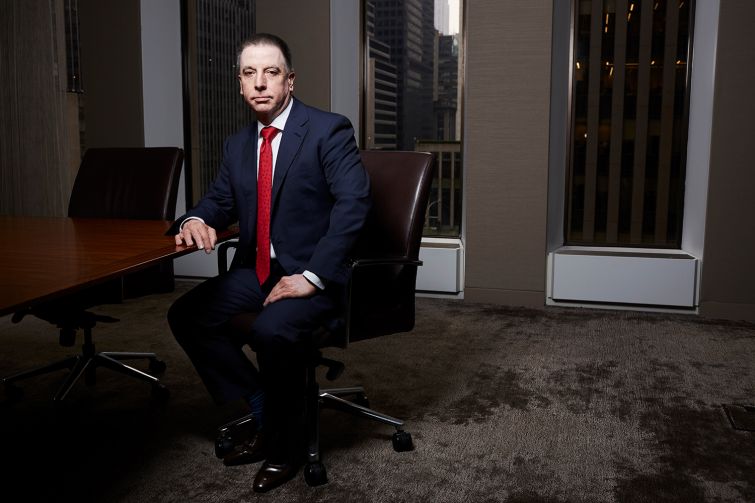 After almost 20 years at the helm of its U.S. real estate lending platform, Greg Murphy is waving ‘au revoir’ to Natixis, Commercial Observer can first report.

The industry vet’s last day at the bank will be sometime in mid-October. No decisions have yet been made regarding who his replacement will be, but Murphy’s will be some very big shoes to fill.

A repeat honoree on CO’s Finance Power 50 list, Murphy’s spot has always been well deserved: Natixis’ originations increased from $3.5 billion in 2016 to around $7.5 billion in 2017 and 2018 — split between balance sheet loans and CMBS. Murphy took his first CMBS-focused role as a Citigroup trader in 1993, and headed up the CMBS trading desks for Citigroup, Chase Manhattan, and Nomura Securities before joining Natixis’ predecessor, CDC, in May 2000. In 2011, he took the reins as Natixis’ head of real estate finance for the Americas after previously holding the co-head role.

“There are a number of things in my life that are happening all at once,” Murphy said today of his decision to retire. “My daughter is a junior at Washington University in St. Louis; my son will start at the University of Chicago in 10 days; I have a two-and-a-half-year-old baby girl and my wife is expecting a second baby girl in February. So — in thinking about my life, my lifestyle and my family — now is a really good time to make a move, and we plan on moving to Austin, Texas.”

The move is a return to Murphy’s roots. He lived in Bryan-College Station, Texas, until he was five years old. His father got his degree from Texas A&M University, moved the family to Gary, Ind.—a steel town in the Chicago suburbs—before moving back to the Lone Star State a few years later. “Since I was a kid I’ve been going to Texas every year; as a kid all summer, and as an adult, mainly for holidays.” (Murphy’s wife is from Oklahoma and so the move brings them geographically closer to her side of the family, too.)

The decision to retire wasn’t a difficult one to make, he said. It was more a question of when: “I’ve been talking about it with my wife for a year and a half now. There’s never really a perfect time, but this felt right.”

Looking back at his two decades at the bank, Murphy said he’s most proud of the way Natixis’ platform has adapted to every market environment it’s faced.

“When the crash hit we were well positioned; we suffered like some but were in a good position and we kept lending through the downturn. Over the years we’ve grown with the markets, and I’m especially proud of the past few years where we’ve developed a really broad and deep platform, being able to do almost any type of loan across the property lifecycle,” he said. “We’ve also opened up our distribution capabilities across every possible execution; from syndicating senior debt to subordinate debt placement to floating-rate CMBS and fixed-rate CMBS, and most recently turning loans we’d normally syndicate into securitized single-tranche deals. The past few years have been the most exciting, but every single part has been fun.”

Over the past year, the bank has also steadily moved toward a more globally oriented and client-centric platform, buoyed with the hiring of its Paris-based global head of real estate, Emmanuel Verhoosel, in September 2018. “This is only going to continue and get even better,” Murphy said.

The industry will be waiting with bated breath to see who is selected to lead Natixis into its next chapter, but the bank has a deep bench of talent to pull from, Murphy said: “There’s Jerry Tang on the capital markets and distribution side, Michael Magner on the originations side. We hired Andy Taylor — who was at J.P. Morgan Securities for many years — to run CMBS, and we hired Arvind Pai, who was at Blackstone, to run our underwriting. So we have a deep bench of very senior, experienced people and the bank will make that decision when the time comes.”

“What I’ll miss most is working with the team on the intellectual aspects of real estate, using all the arrows in our quiver to figure out how to do deals,” he said. “That’s always been stimulating. We’ve always taken a very collaborative approach and I’m really going to miss interacting with the team and with clients. That’s been a very fun part of the business.”

While Murphy won’t be the one leading the bank’s lending charge in the future, he has zero concerns about its place in the ultra competitive market.

“With the platform we’ve developed and the organization that we’ve created, the bank is well-positioned to compete and will be as competitive as they’ve ever been going forward,” he said. “It’s all about adapting to the market; the team will figure out the right things to do going forward and I’m very excited for them.”