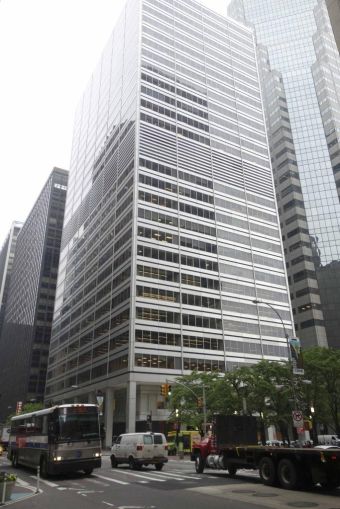 A large social services nonprofit, the Metropolitan Council on Jewish Poverty, inked a direct deal with the William Kaufman Organization to relocate and double its offices at 77 Water Street, Commercial Observer has learned.

The Met Council signed a lease for 21,692 square feet on the entire top floor of the 26-story building between Old Slip and Gouverneur Lane, a spokeswoman for the landlord said. The spokeswoman would not provide terms of the deal, but CoStar Group data lists asking rents in the property as between $59 to $60 per square foot.

The nonprofit currently subleases space on the sixth and seventh floors of 77 Water Street and plans to move into its new digs in November. Its larger offices will accommodate Met Council’s growing team of 200 as well as let it expand its programming, including operating a food pantry for its clients inside, said David Greenfield, the CEO of the Met Council.

“It’s a great building and we’re very happy with the location,” Greenfield said. “We’re very excited to be staying in the same building and to be consolidating [to one floor] and growing.”

Aside from Met Council, William Kaufman also signed a direct deal with software developer Caissa to keep its space and expand, the spokeswoman said.

Michael Lenchner of Sage Realty Corporation, the leasing and management arm of William Kaufman, handled the deal for the landlord along with CBRE’s Jonathan Cope, Adam Leshowitz and Nate Katz.

“Since launching our new leasing campaign earlier this year, 77 Water Street has been very well-received by a wide range of different companies,” Lenchner said in a statement.