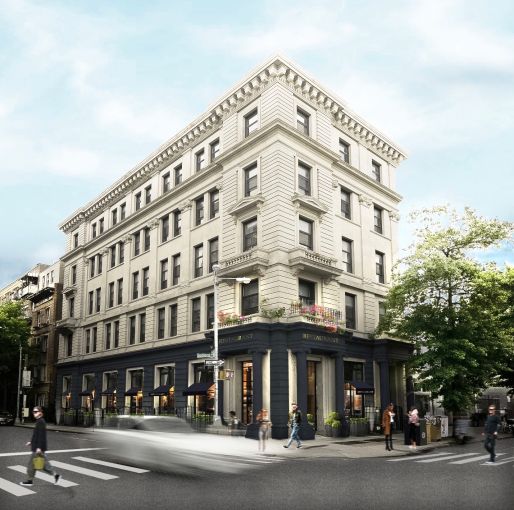 The co-owner of Tribeca’s Batard restaurant, John Winterman, and chef Chris Cipollone, of Piora fame, are opening a brasserie in Williamsburg.

The dream team signed a lease for 3,969 square feet at Caspi Development’s 134 Broadway, a historic six-story building at the corner of Bedford Avenue, according to information from Murro Realty, which brokered the deal. The site is a block west of the well-known Peter Luger Steak House, near the base of the Williamsburg Bridge.

The yet-to-be-named restaurant will occupy the entire ground floor of the commercial property, which is undergoing a full restoration. Asking rent was $120 per square foot.

The concept of the new brasserie will be European-inspired and provide “real cooking,” Food & Wine first reported. The menu will play to Cipollone’s strengths and include “products such as braised meats, homemade pastas, roasted vegetables, and whole animal butchery,” Winterman told Food & Wine.

Murro Realty’s Jarrett Sharp and Declan Devlin represented both the tenant and landlord in the deal.

Devlin said the location, near Peter Luger and a large variety of quality restaurants, was a big draw for Winterman and Cipollone. “Both the chef and the managing partner are very familiar with the neighborhood, they’ve been eating at Peter Luger’s for more than a decade, and they were excited to begin their concept here,” Devlin said.

The brasserie is aiming for a spring 2020 opening.