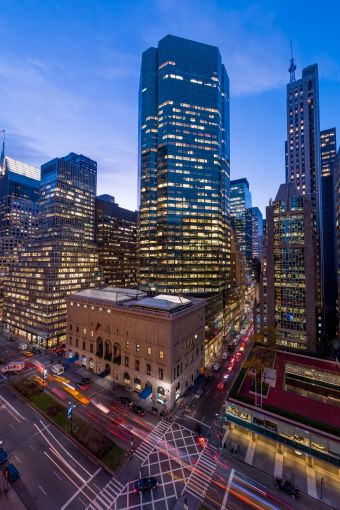 General Atlantic currently occupies the 32nd and 33rd floors of the Plaza District building, and will move into the 31st floor in July 2020. The new and existing leases will run concurrently through 2039. Asking rent at the property was just over $100 per square foot, The Real Deal first reported.

Robert Martin of JLL represented the tenant, and Fisher Brothers was represented in-house by Marc Packman and Clark Briffel.

General Atlantic, a private equity firm founded in 1980, is active in the venture capital space and  has backed Airbnb in two funding rounds, as well as a roster of fintech startups.

Other tenants in the building include financial firms Court Square Capital Partners, Intercontinental Exchange and Morgan Stanley, as well as advisory firms Evercore and Duff & Phelps, both of which have expanded at the property in recent years.

“General Atlantic’s strategic approach to global growth equity has yielded superior results for its clients, and we are pleased to accommodate their expansion at Park Avenue Plaza,” said Winston Fisher in a prepared statement.