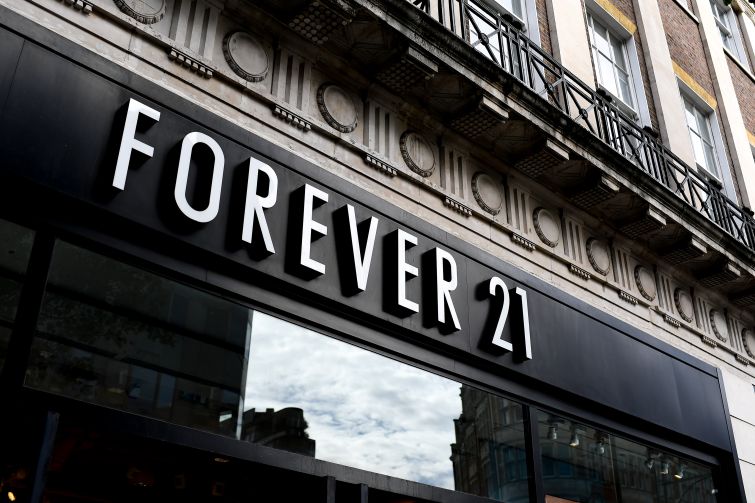 Fast-fashion retailer Forever 21 became the latest merchant to file for bankruptcy protection, with plans to close up to 178 of its 534 storefronts around the country.

The Los Angeles-based company plans to continue operations during the Chapter 11 proceedings but will start a global restructuring effort to attempt to turn around the once-thriving brand. It secured $275 million in financing from JP Morgan Chase along with $75 million from TPG Sixth Street Partners as part of the plans.

“This was an important and necessary step to secure the future of our company, which will enable us to reorganize our business and reposition Forever 21,” Linda Chang, the executive vice president of Forever 21, said in a statement.  “The financing… will arm Forever 21 with the capital necessary to effect critical changes in the U.S. and abroad to revitalize our brand and fuel our growth, allowing us to meet our ongoing obligations to customers, vendors and employees.”

The Chapter 11 filings, submitted in Delaware on Sunday, shows the company has between $1 billion to $10 billion in liabilities and owes more than $10 million to several clothing distributors. It’s also on the hook for millions of dollars in unpaid rent to two of its biggest landlords: $8.1 million to Simon Property Group and $5.3 million to Brookfield Properties, the filing showed.

Forever 21 has nearly 12.2 million square feet leased for its retail shops around the world and it spends about $450 million a year on occupancy costs for all its outposts, Jonathan Goulding, a managing director at Forever 21’s restructuring advisor Alvarez & Marsal wrote in a filing.

Almost 50 percent of Forever 21’s portfolio is leased to four landlords and the retailer is the sixth-largest tenant for mall giant Simon, Bloomberg reported.

In his filing, Goulding blamed Forever 21’s problems on the rise of e-commerce, the decline in mall shopping around the country and its overexpansion into international markets starting in 2008. Forever 21 has more than 800 stores globally and loses about $10 million a month on average for storefronts in Canada, Europe and Asia. The company plans to shutter the majority of its non-U.S. locations except in Mexico and Latin America.

Forever 21 has several outposts across New York City, including a nearly 90,000-square-foot flagship at 1540 Broadway in Times Square that it told the New York Times it was in talks with its landlord, Vornado Realty Trust, over that spot’s future.

In the commercial mortgage-backed securities (CMBS) market, Forever 21 is listed as a top tenant at 208 properties that serve as collateral in loans held in 147 CMBS deals, according to data from Trepp. The CMBS loans total more than $20 billion of debt, though the retailer’s direct exposure, given it only occupies a portion of the property, rests at just a fraction of that debt.

The brand was founded in 1984 with one shop in Los Angeles but grew rapidly in the early 2000s offering trendy clothes at discount prices in malls around the country. However, the brand has struggled in recent years with its revenue dropping from $4.4 billion in 2016 to $3.3 billion last year, the Times reported.