Cuomo Turned His Back on NYC Real Estate. But Have Developers Given Up on Him? 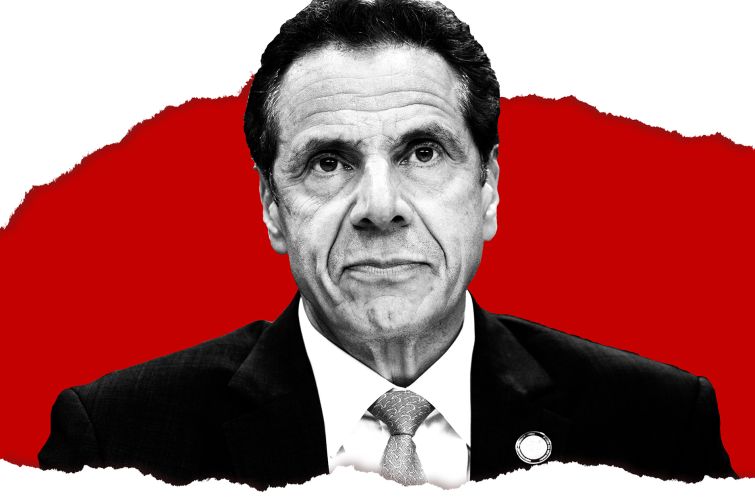 Tough Gov: The governor effectively turned his back on the real estate industry, which includes some of his largest donors, when he signed the new rent laws earlier this summer. Photo Illustration: Kaitlyn Flannagan/Commercial Observer

When the New York State legislature was negotiating a historic package of tenant reforms in June, Governor Andrew Cuomo promised to sign whatever bills lawmakers passed.

Once the tenant-friendly legislation was introduced, Cuomo argued that the bill did not deliver on Senate Democrats’ promise to eliminate provisions in the rent stabilization law that allowed landlords to jack up the rent on apartments after renovating them.

“It’s not what they proposed and what they said they supported,” the governor told reporters during a press conference on June 12.

Cuomo had claimed that eight years of Republican control in the state senate had prevented him from changing New York’s rent stabilization laws in favor of tenants. It’s hard to separate this argument from the governor’s long-standing reputation as a “pragmatic progressive,” a leader who encouraged real estate and economic development while delivering legislation that appealed to mainstream Democrats.

Most of the governor’s biggest donors are major real estate developers — RXR Realty CEO Scott Rechler, Fisher Brothers, the Durst Organization, SL Green Realty Corp., Brookfield Properties and Triangle Equities. And some of them — notably Rechler and Douglas Durst — have expressed frustration with the new tenant-friendly rent reforms that the governor signed into law June 14. (Rechler declined to comment for this story, and a Durst Organization spokesman said that the Dursts did not feel betrayed by the governor.)

Owners of rent-stabilized housing felt blindsided by the changes to the rent laws, which have slowly shifted in favor of landlords since they were first crafted half a century ago. Landlords of older buildings saw the value of their properties plummet by a third overnight, as they realized they could no longer remove apartments from rent stabilization or recoup their money on expensive renovations.

So, it comes as no surprise that certain owners think the governor has turned his back on them. They poured hundreds of thousands of dollars into his campaign coffers, only to find themselves facing an untold number of years during which they might not break even operating their rental buildings. But most members of the real estate industry, fearing backlash from the governor’s office, are wary of discussing the issue on the record.

“The governor tends to be a bully and will frequently target people he sees as his enemies and seek revenge,” said one major developer who declined to be named. While the legislature was drafting the new rent laws, “I think he was speaking out of both sides of his mouth,” the developer said. “He was telling the real estate community not to worry about [the reforms], and that they would never happen. In private meetings he was telling people that this was bad policy and would in the long term hurt the housing stock. At the end of the day the governor just took a politically expedient position because there are more tenants that vote than landlords that vote.”

Ultimately, the developer said, “What offends me is that Cuomo’s so unprincipled and such a political animal that you can’t trust anything he says.” The governor’s office didn’t immediately return a request for comment.

Jay Martin, who heads the Community Housing Improvement Program (CHIP), a lobbying group and trade association for small landlords, said that the industry is split between people who believe Cuomo will soften the impact of the legislation for landlords and those who think he caved to the newly elected, more progressive class of state legislators.

“He tells liberals that they govern by tweet, but that’s exactly what he ended up doing,” Martin explained. “There’s hope that he’ll be a calming influence going forward and that he’ll moderate some of the radical policies coming out of the legislature. Now the housing policy is being driven by the most radical members of the legislature and he’s going along with it. And we’re going to do everything we can to hope that he advocates for a more moderate stance to help our industry survive, quite frankly.”

Another developer who’s built thousands of market-rate and affordable apartments in New York City put the industry’s reaction to the rent reforms in much starker terms: “Owners feel betrayed by the governor because they’ve been supportive of him for years and they thought he would come in and save the day at the end,” said the builder and landlord.

He argued that the real estate industry, along with the Real Estate Board of New York (REBNY), failed to make their case to state legislators on the rent stabilization laws. Major condo developers came up to Albany to personally lobby against the pied-a-terre tax, but owners of rental housing did not turn out to fight the rent law changes, the developer argued.

“We didn’t see real estate owners up there,” he said. “We didn’t see them doing the stuff that tenants were doing. Tenant advocates did a good job of framing their message, and the landlords didn’t do a good job of framing the message of why it was bad.” He added that REBNY should have brought small landlords up to Albany to make their case about how gutting vacancy bonuses, major capital improvements and individual apartment improvements would affect their ability to maintain their apartments.

Various industry sources that CO spoke to agreed that landlords and developers had relied for far too long on campaign contributions to protect the status quo on real estate policy. They pointed out that REBNY and the industry at large had to be more proactive in making its case to the legislature and the public at large.

Even still, many owners continue to pour money into Cuomo’s campaign coffers after he signed the new rent stabilization bills into law on June 14.

Scott Rechler, along with his wife Deborah and his brother Todd, collectively donated nearly $120,000 to the governor’s campaign in June after the new rent laws were passed. Steven Fisher, of Fisher Brothers, also contributed $31,250 to Cuomo on July 12. Atlantic Development Group’s Peter Fine kicked in $5,000 under his own name and another $5,000 from Knickerbocker Management, an entity he controls, in late June. Olga Rovt, wife of landlord and fertilizer baron Alexander Rovt, donated $19,700 on June 17.

Rechler, perhaps more than anyone, can’t afford to run afoul of Cuomo. One anonymous owner described Rechler as “closer to the governor than anyone in the real estate industry.” Cuomo has appointed the RXR chief to the MTA board, which he resigned from in February, and to a vice chairman position at the Port Authority of New York & New Jersey, where he served from 2011 to 2016. And RXR is co-developing the new JetBlue terminal at John F. Kennedy International Airport, which happens to be one of the governor’s pet projects and sits on land owned by the Port Authority, an agency he largely controls.

During a Commercial Observer event in June, Rechler — one of the city’s most politically active developers — complained that he felt like an outcast when he went up to Albany. The tide had turned against the real estate industry in a dramatic fashion, and even he was feeling the negative effects.

“Historically, the real estate industry were the leaders that helped our city navigate these challenges,” he lamented. “Now, rather than being seen as leaders we’re being seen as villains.”

Another prominent residential developer pointed out that campaign contributions might be the only bulwark the real estate industry has to prevent Cuomo and other politicians from creating even more restrictive policies for landlords.

“The law is terrible and they’re all guilty, but it doesn’t mean you need to exacerbate any relationships with elected officials,” said the developer. Some owners will keep ponying up money because they still want access to the governor, but the developer predicted that “there’s going to be a huge decrease in support for him from the landlord class.”

Gov. Cuomo revealed in May that he would run for a fourth term in 2022. If he wins, he would eclipse his father, who lost his fourth gubernatorial election to Republican George Pataki in 1994. So, the governor will probably be around for the foreseeable future.

And legislators could come back next year to expand rent regulation statewide and establish even stricter tenant protections, and they won’t have to worry about a rent regulation law that’s set to expire, which was what happened in June, he noted.

“In 2020, there’s no gun to their head so they can come back with the luxury of time to fight for commercial rent control or universal rent control,” the residential developer said. “All of the things we’re talking about in terms of why this is such shitty legislation are not going to rear their heads by March of 2020. I could easily see the legislature coming back next year and saying, ‘What else can we consider?’”