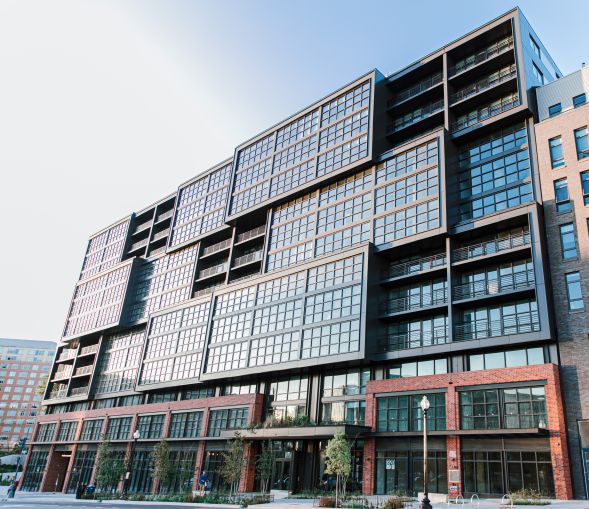 Quarters has signed a lease for a 99-unit location in Washington, D.C.’s Union Market District that’s slated to open by the end of the year.

The co-living provider will occupy about 67,000 square feet within a newly constructed 12-story mixed-use property called The Highline, located at 320 Florida Avenue NE, according to a statement from Quarters.

“This project is a perfect fit for the up-and-coming neighborhood of Union Market,” said Ralph Winter, a principal of W5 Group, which partnered with Quarters to raise $300 million for a U.S. expansion. “We are offering something that is quite unique: an opportunity, through your place of residence, to be a part of a community of like-minded individuals and share in the experience of home.”

As part of the deal, W5 Group acquired “a significant majority interest” in The Highline, then signed a 15-year lease with Quarters, according to a Quarters spokeswoman, who said that the asking rent on conventional market-rate residential units at the property is $48.12 per square foot annually.

Quarters currently has three U.S. locations — Philadelphia, New York and Chicago — and 11 locations in Europe. The D.C. locale is its largest location yet, the firm’s CEO Gunther Schmidt, said in the statement.

The location will include 239 beds spread across the 99 units to include two, three, and four-bedroom residences. It will feature “spacious common spaces and provide access to the building’s high-end amenities, including a fitness facility, co-working lounge, expansive rooftop indoor and outdoor amenity areas with an infinity pool, and curated community events,” according to the statement. Prices for units are typically 10 to 20 percent more affordable than comparable studios in the same neighborhood, per the Quarters spokeswoman.

Steve Caton, Bill Caton and Andy Velkme of Caton Commercial Real Estate represented Quarters in the transaction. W5 Group was not represented by a broker.