After Years of Fakeouts, LA’s Historic Hotel Clark to Open in November 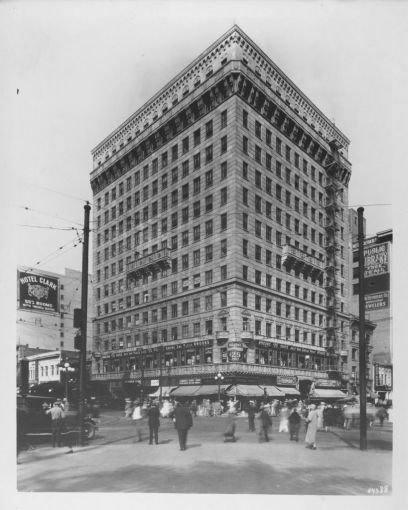 The historic Hotel Clark in Downtown Los Angeles, which has been sitting vacant for years, is finally scheduled to open in November.

Though most Angelenos won’t believe it until they see it, since the 11-story hotel has been vacant for over a decade, under construction since 2012, and its reopening promised multiple times.

The 347-room hotel will be managed by Journal Hotels, which operates the Hollywood Roosevelt Hotel and the Mondrian Park Hotel in New York, among other prominent hotel properties.

Located at 426 South Hill Street, just north of Pershing Square, the 555-room hotel has somewhat of a tortured history, having been embroiled in two public eviction battles, briefly owned by the People’s Republic of China and transformed from luxury hotel to low-rent apartments to vacant hulk.

The New York-based Chetrit Group, a private real estate firm, bought the 555-room hotel in the late nineties, after its Chinese owners failed to convert into a cultural center. It has been empty since at least 2008, when Chetrit first indicated its plans to convert it to a 350-room boutique hotel, according to a 2008 article by Downtown News.

Then the recession hit, and it wasn’t until 2012 that Chetrit began its renovation in earnest, with an initial opening planned for September of that year. But the project faced a series of delays, including a legal challenge from the Unite Here union, and at least one change in management and branding.

Journal Hotels, which came on in 2018, will also manage Chetrit’s Trinity Hotel at 849 South Grand Avenue, another historic hotel that has been vacant for years.