Inside the Conversion of the Watchtower Buildings on the Brooklyn Waterfront 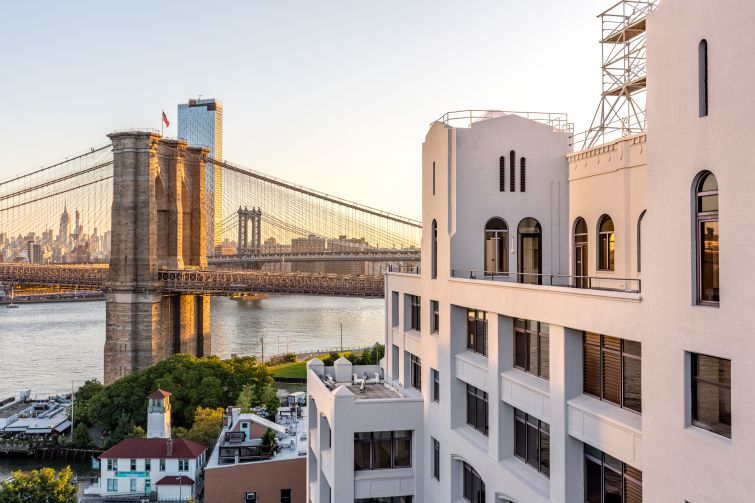 The renovation of the former Jehovah's Witnesses' headquarters at 25 and 30 Columbia Heights in Dumbo into office space uncovered several terraces, including this one facing the Brooklyn Bridge. Photo: Max Touhey 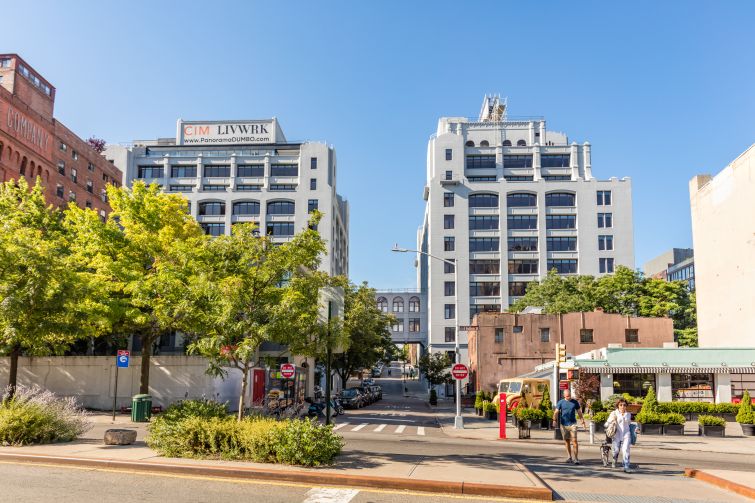 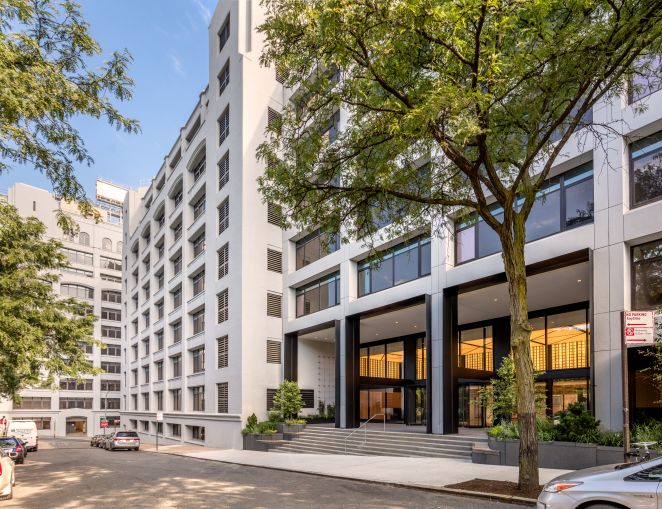 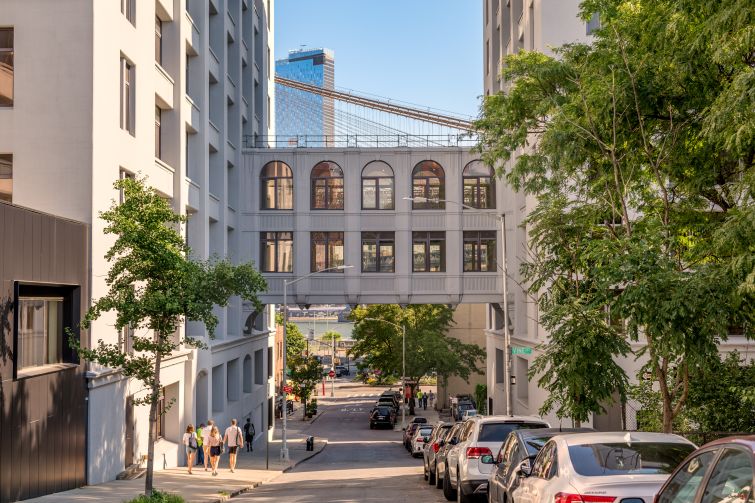 A two-story footbridge between 25 and 30 Columbia Heights will make it easy for companies to expand when they need more office space. Photo: Max Touhey 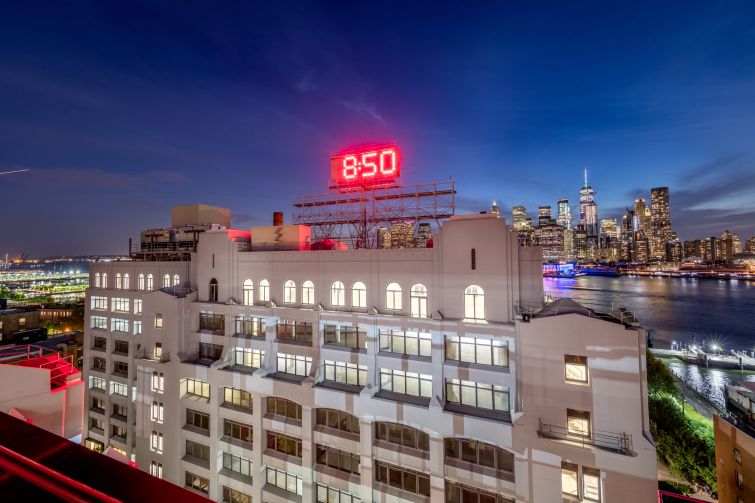 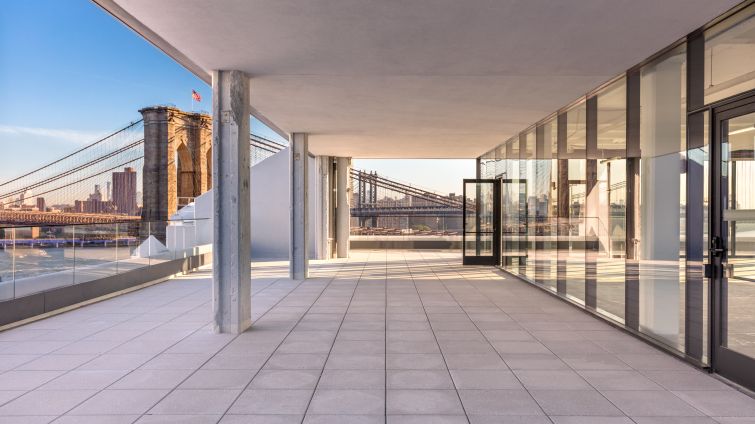 The top floor of 25 Columbia Heights has a large terrace that was previously covered by the Witnesses. Photo: Max Touhey 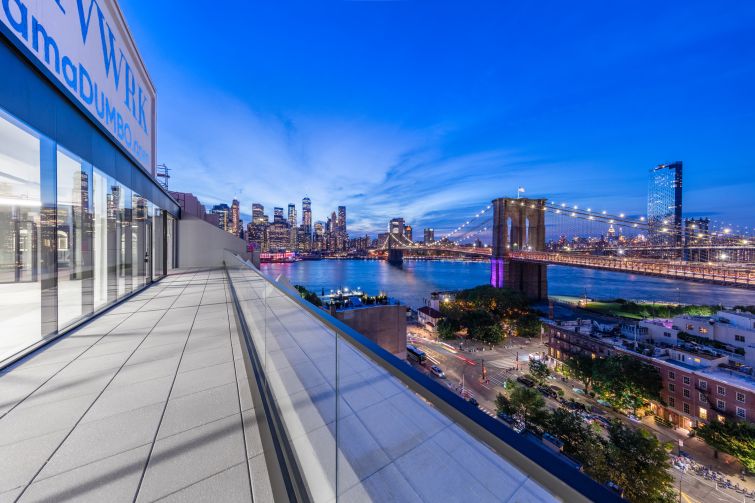 Another view of the 12th floor terrace at 25 Columbia Heights. Rebecca Baird-Remba 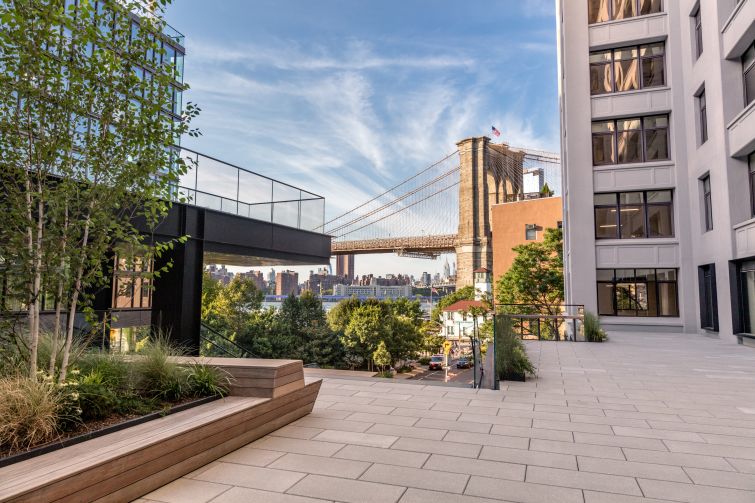 Part of Gensler's renovations include a series of public stairways with planting and seating. Photo: Max Touhey 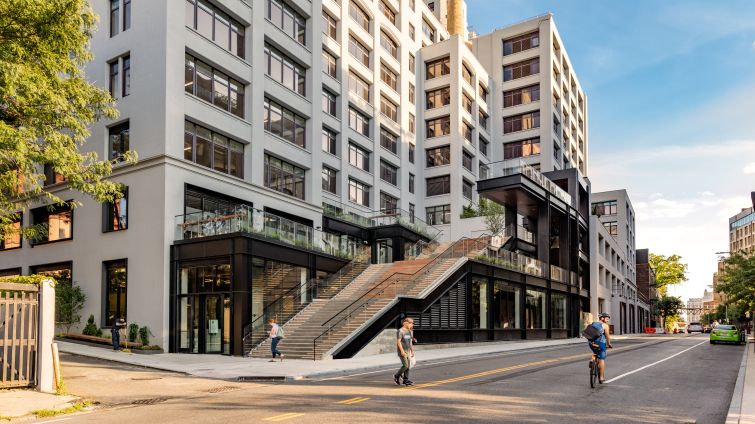 One of the new public spaces designed by Gensler offers seating and access from Furman Street. Photo: Max Touhey 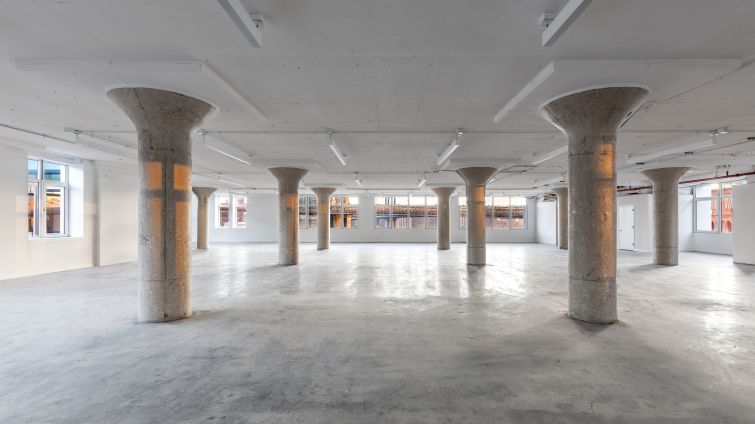 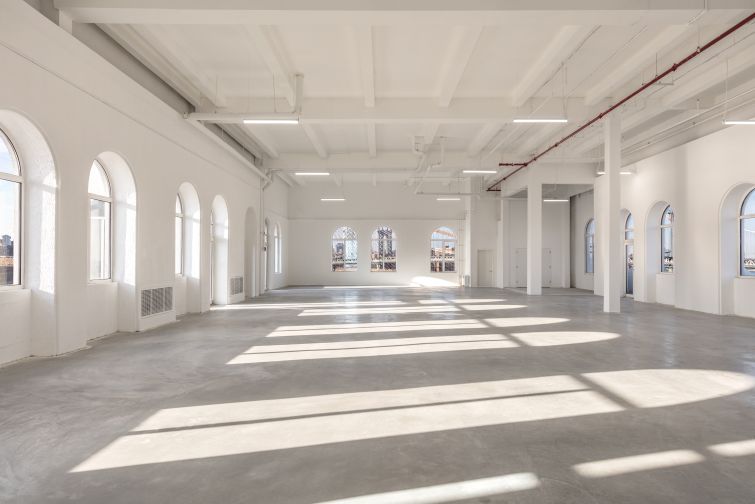 The top floor of 30 Columbia Heights used to be a recording studio. Rebecca Baird-Remba 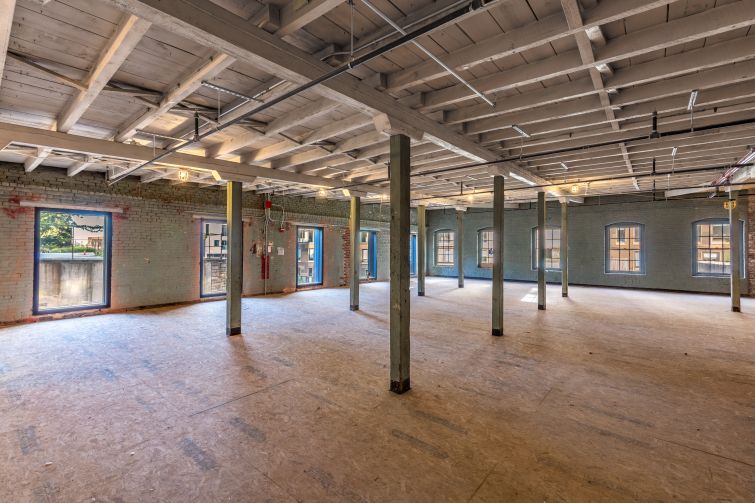 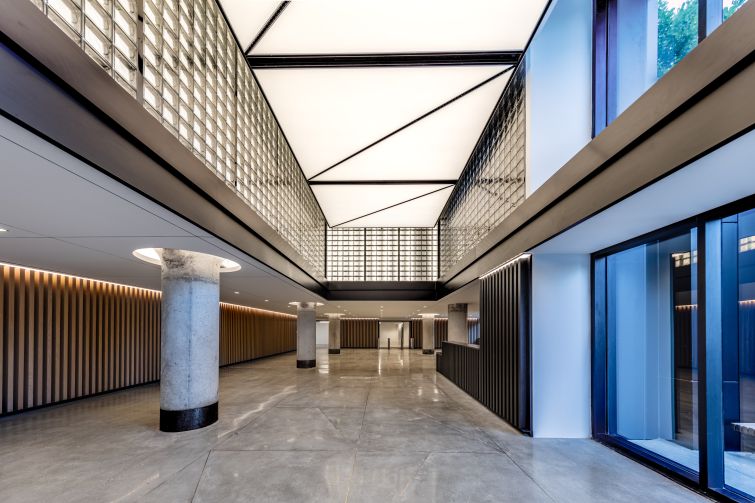 When the Jehovah’s Witnesses sold off the last of their Brooklyn properties in 2016 to move upstate, locals wondered what would happen to the religious group’s elaborate complex of connected buildings, which housed a recording studio, a barbershop, printing presses for bibles and newspapers, and even a post office, on the Dumbo waterfront.

Now, three years after buying the buildings for $340 million, LIVWRK and CIM Group are wrapping up a dramatic renovation and conversion of the five properties into office space for tech and creative tenants. (Kushner Companies also had a 2.5 percent stake in the buildings, but it sold off its share last year.) The 750,000-square-foot complex includes two massive 1920s industrial buildings with setbacks that allow for outdoor terraces, along with two Civil War-era brick-and-beam warehouses and a small brick hotel that the Witnesses used as lodging for visiting missionaries.  Although the two main buildings at 25 and 30 Columbia Heights were originally constructed for Squibb Pharmaceuticals a century ago, they served as the Witnesses’ headquarters for more than 40 years, bearing a massive red “Watchtower” sign for the religious group’s magazine. Now the sign has been taken down, and LIVWRK and CIM have rebranded the complex “Panorama.” The development is expected to open this fall.

The buildings, at 25, 30, 50 and 58 Columbia Heights and 55 Furman Street, have been revamped by Gensler with new lobbies, updated elevators with destination dispatch, bike storage, and a variety of outdoor public spaces that allow access from Furman Street and Columbia Heights. One entrance on Furman Street features a series of wood-clad staircases and patios, and another one up the street incorporates a large, concrete staircase with seating and a floating terrace that extends toward the Brooklyn Bridge for “selfie moments,” according to the architects.

“There’s a lot of design effort given to: ‘How do you make this space feel welcoming, inviting, green?’” said Amanda Carroll, a principal at Gensler. “A place we could sit and wait for your Uber, or a space that feels like it actually is part of the community and not just a barrier.”

The new lobby incorporates thick, curved glass tiles and a backlit ceiling in the entryway, and wooden fins that run several feet from the floor to a suspended ceiling throughout the rest of space. The future offices vary depending on the building and its former use; most floors in the 1920s manufacturing properties have mushroom columns and polished concrete floors, and in the 1860s warehouses, there are thin wooden columns, crisscrossing wooden rafters and aged brick walls. The top story of 30 Columbia Heights — also known as 30 Vine Street — was formerly a recording studio and has unique half-moon windows.

Gensler’s Carroll and principal Robert Fuller explained that throughout the building, the windows had been darkened with film, and many floors were chopped up into small rooms or offices. When LIVWRK and CIM took over the properties in 2016, they had to remove the film from the windows, many of which have been replaced, and gut everything. Some of the freight elevators were kept and outfitted with mirrored ceilings, while others were replaced. The electrical and HVAC systems are also new.

But plenty of historic aspects of the Watchtower complex have been retained, including a two-story pedestrian bridge linking the two main, 12-story structures at 25 and 30 Columbia Heights. The bridge would allow a tenant to grow seamlessly between the two buildings, according to the architects.

“We’ve seen unprecedented announced growth from companies like Apple, Amazon, Google, Facebook, everyone’s in an arms race to own part of New York City,” said Carroll, who argued that the buildings would be perfect for a large tenant that wanted outdoor space and an opportunity to advertise their corporate presence with a sign facing the Brooklyn Bridge. The buildings even have a disused basketball court that could be repurposed into some other kind of outdoor fitness offering for an office tenant, or it could be converted into a boutique fitness space for a future retailer.

The aim of much of the renovation — especially the public areas that connect to the street — was to open the campus up to the public for the first time. The Witnesses had gated off portions of the buildings’ street level, covered its terraces, and used underground tunnels between the buildings to avoid walking on the street in Dumbo. Now there are two public spaces on Furman Street that offer seating, plantings and a view of the East River and Brooklyn Bridge Park.

“In the past, it was turned inward, it was not inviting,” Carroll explained. “We wanted the architecture to signal to New York, ‘Someone’s home.’”