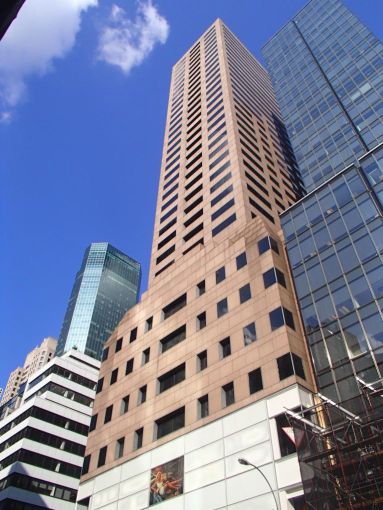 Beacon Capital Partners has nabbed a $309 million refinance from TPG Real Estate Finance Trust on the money it borrowed in 2015 to purchase a 50 percent stake in 575 Fifth Avenue that year, according to city records filed today.

The deal consolidates and replaces three pieces of existing, unpaid debt that was previously provided by Deutsche Bank in 2015. The package of existing debt that was taken out consisted of a $271 million acquisition loan mortgage — used to acquire a 50 percent stake in the building from MetLife — as well as two construction loans totaling just under $38 million.

Boston-based Beacon Capital Partners borrowed a total of $321 million from Deutsche Bank to complete the 2015 purchase in August that year, as Commercial Observer reported. MetLife had purchased the asset in 2005 for $385 million, the New York Post reported at the time.

The 35-story, nearly 500,000-square-foot tower — located between West 46th and West 47th Streets — includes fashion retail in the atrium lobby and boasts a bike room and a Starbucks. On the third floor, there are three new conference rooms as well as a new tenant lounge, with a fully equipped kitchen and a pool table.

In July, the United States branch of Swiss energy group, Axpo, moved its headquarters to 575 Fifth Avenue, signing a seven-year deal for 8,443 square feet on the 28th floor, as CO exclusively reported. The asking rent was $86 per square foot.

Other tenants in the building include the likes of coworking behemoth WeWork, global investment firm Balbec Capital and clothing brand Guess. The property also houses the corporate headquarters for luxury department store Barney’s New York, which inked a 71,000-square-foot renewal and expansion in 2016.

TPG declined to comment on the deal. A spokesperson for Beacon did not immediately respond to a request for comment.