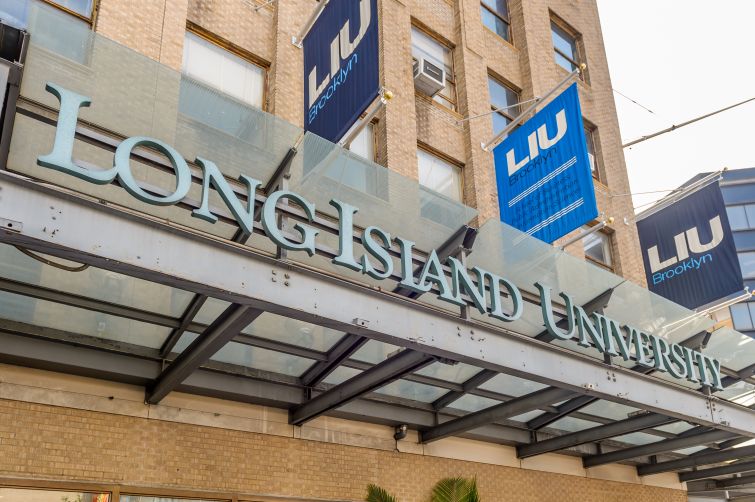 Goldman Sachs has handed RXR Realty a $225.6 million financing package for the developer’s building project on the campus of Long Island University in Brooklyn, according to city property records.

The deal, split among a $155.9 million building loan and a $69.7 million project loan, will fund a $300 million initiative to build a new residential tower on LIU’s campus in Fort Greene location. As described in prior reporting by Newsday, the development will consist of a residential high-rise, and a garage structure with a rooftop athletic field. A deed filed simultaneously with the mortgage paperwork shows RXR paying LIU $76.4 million for the site, a plot at 196 Willoughby Street near the intersection of Flatbush Avenue and DeKalb Avenue.

As part of the deal, LIU will also reap $41 million in cash from RXR, as per Newsday. RXR’s acquisition includes air rights from LIU, which will enable it to build a 34-story tower with 476 apartments, about 30 percent of which will be designated for lower-income tenants. The two sides first agreed to the deal’s terms about 18 months ago. A neighborhood resident told Commercial Observer that demolition on a portion of the site began in the last few days.

“We are entering into an exciting collaboration with RXR Realty that will allow historic investments in our Brooklyn campus and help to propel LIU into its second century, to reach unprecedented levels of academic achievement and national prominence,” Kimberly Cline, LIU’s president, said in a 2018 letter explaining the project’s rationale.

A private university, LIU operates on two campuses, in Fort Greene and in Brookville, New York, in northern Nassau County on Long Island. Enrollment amounts to more than 18,000 students, including those who attend classes at three non-residential programs elsewhere on Long Island and upstate. Its athletes compete in the National Collegiate Athletic Association‘s Division I.

Cline’s letter said proceeds from the sale to RXR will go towards capital improvements such as new computer labs, an expansion of the university’s health sciences building and a new food court. RXR’s part of the project will also bring a new parking garage to the campus.

“RXR is both a developer and a member of the larger New York metropolitan community. In these roles, we not only try to find great projects that satisfy demand in the marketplace but also look to strengthen institutions and municipalities through these developments,” Seth Pinsky, an RXR executive, told Newsday. “On LIU’s Brooklyn campus, we found the perfect opportunity to do both.”

Representatives for RXR and Goldman Sachs did not immediately respond to inquiries.

Even at 34 stories, the RXR project will be dwarfed by a neighboring project that’s also underway: 9 DeKalb Avenue, where JDS Development Group is at work on a 1,000-foot residential skyscraper that will be the tallest building in New York City outside of Manhattan. Work on the Shop Architects-designed building is aimed at a completion date in 2022.

Update: This story has been edited to reflect that the athletic field will be on top of the new garage, not the residential high-rise.