The investment freed up liquidity for improvements and future acquisitions 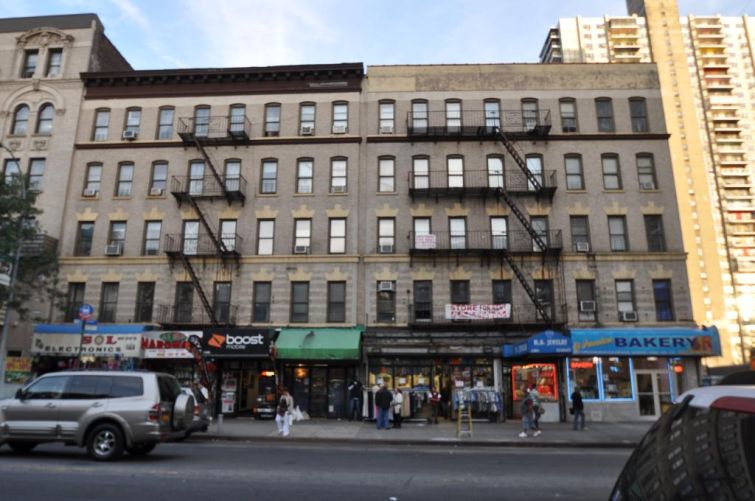 1380 St. Nicholas Avenue (one of the portfolio properties). Credit: PropertyShark

San Francisco-based Prana invests in rent-regulated multifamily properties in urban neighborhoods. The fund in which Pembrook invested owns 39 properties; 17 assets are located in L.A. and 22 are in New York.

“It’s something kind of different compared with we’ve done in the past,” Stuart Boesky, the CEO of Pembrook, told Commercial Observer. “This is a pool of roughly $300 million of affordable housing properties, all of which previously had permanent first mortgages on them. We were able to structure a cross-collateralized package that allowed the developer to monetize his equity, so he could do some repairs to the portfolio and use the balance to acquire additional affordable housing.”

Preferred equity hasn’t been a type of financing that’s been readily available in the affordable housing sector, but “a substantial number of affordable housing developers have accumulated large portfolios over the years, so we think [this deal structure] will be very useful for them,” Boesky said. That includes Low-Income Housing Tax Credit (LIHTC) developers.

“The tax credit program started in 1987. Some developers who do multiple deals every year now have 30,000 units and a lot of equity embedded in these properties — especially as affordable housing back then was valued at 10 or 11 [percent] cap rate — and now they routinely trade at 6 and 7 [percent] cap rates,” Boesky said. “So that’s a lot of equity locked up. Plus, the properties have long-term agency financing and so the owners can’t go back and just refinance the deals as they’re locked in to an existing financing package. So, having the ability to get this liquidity through a pref equity investment is a big deal.”

And although it’s a little early to say so definitively, the recent changes in rent-regulation laws could also spur an increased need for pref equity as a means of supplemental financing in the capital stack when it comes time to refinance, Boesky said.

Pembrook was launched in 2006 with a focus on affordable housing, and has been capitalizing or recapitalizing the acquisition, development, redevelopment and ownership of commercial properties since.

“Affordable housing has proven to be very stable, especially in downturns, so it’s one area of the real estate market that remains very attractive,” Boesky said. “The supply and demand characteristics are off-the-charts positive; there’s way more demand than supply and you never get to an equilibrium. We’re getting to the end of a market cycle and I think owners and developers are recognizing it’s a good place to be.”

In October 2018, Prana purchased an eight-property Bronx multifamily portfolio from the Morgan Group, paying $65 million, according to The Real Deal. And, a week ago, the investor bought a pair of Bronx multifamily properties from the Related Companies’ asset management arm for $40 million, as also reported by TRD.

Officials at Prana didn’t return a request for comment.