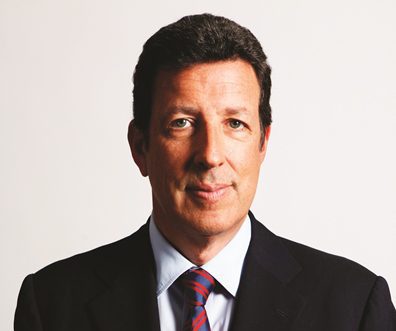 Thirty-seven year industry veteran Stuart Boesky began his career in Detroit as a lawyer, representing Related Companies’ Stephen Ross before joining the firm as a partner. In 2006 he launched Pembrook Capital Management with a focus on affordable housing—a passion of his, as well as a safe asset class in a then-soon-to-be world on fire—and has been capitalizing or recapitalizing the acquisition, development, redevelopment and ownership of commercial properties since.

Pembrook’s recent deals include a $32.8 million first mortgage loan to finance a condominium redevelopment within a restored Beaux Arts mansion at 320 East 82nd Street on the Upper East Side and a $20.3 million loan for Icarus Investment Group’s acquisition and renovation of a 23-building affordable housing portfolio located in Chicago’s Southwest Side. Boesky sat with Commercial Observer in his office at 485 Madison Avenue and gave us the run down on the firm’s lending strategy as well as his opinion on the current lending environment.

Stuart Boesky: We stick to mid-market transitional real estate deals that need fairly quick execution. So, deals that require a solid understanding of the asset’s business plan. And for that, we are well rewarded. A typical transaction includes a sponsor who perhaps has a $50 million to $100 million net worth, a 2000-unit portfolio and is about to buy a 15- to 20-year old apartment deal in a primary market or a large secondary market. Typically, the business plan is to buy the property and put some money into it to bring the asset back to a nice condition so that it will sustain itself for another 15 years without a major rehab. So generally a cash-flowing, affordable property, targeted at residents with 80 percent or less of median income. We aren’t looking to lend to  high-end projects because rents at the high end are already coming down. Our loans are normally 36-month floating-rate loans, and we’re getting refinanced out by Fannie Mae, Freddie Mac or Federal Housing Administration loans.

Any extension options after the three years?

Typically two one-year extension options. But by and large, unless we make a mistake the borrowers don’t use them. The bad part about our business is that if you’re good at it you get repaid too early.

What worries you in today’s market?

The way we structure our business is that we seek assets that are fairly low risk, and assets that perform well through downturns. Affordable housing performs well during recessions for obvious reasons as there is more demand for cheap housing. And are you ever going to see oversupply of affordable housing? No, it’s never going to happen. Not in my lifetime, and I’ve been doing this 30 years. The fundamentals of our asset class are always going to be there, and our assets are the kind of assets that people want in good or bad times. Additionally, we don’t use a lot of leverage, so we don’t have to worry about liquidity issues in our portfolio. But the one thing you can’t manage is spikes in long-term interest rates, because our take-out is a Fannie Mae, Freddie Mac or Federal Housing Administration fixed-rate, 10-year loan.

How did your career begin?

I grew up in Detroit. It’s sort of crazy but very early on, Detroit has a fairly successful real estate community. Stephen Ross started out there and Sam Zell, although he didn’t come out of Detroit, started his business in Ann Arbor, Mich. So growing up I was exposed to the real estate community, and the idea of syndicating real estate deals was very interesting to me. I ended up going to law school and specializing in real estate, securities and tax law. My first client was Steve Ross. A year and a half after I started representing him, I became a partner at Related Companies.

What was your first deal with Stephen Ross?

Because I was so young and new to the industry, the first transaction I worked on was a syndication to raise money to buy tax-exempt multifamily housing bonds in 1987. Up until then, Related had raised small amounts of money in the real estate syndication business, probably $20 million to $25 million on an annual basis. This deal was really creative and we apparently sold it very well because in the first week we offered it to investors we raised $137 million. So, it was very quickly the most successful deal Related had done up until then.

What appealed to you about the industry?

I liked the intersection of real estate and tax. Before the [Tax Reform Act of 1986], Ronald Reagan’s overhaul, every real estate deal had a major tax component and I thought that was really interesting. Then, after the tax law was signed there were new opportunities to raise money for affordable housing through securities. Over the years I have become more and more appreciative of the value of providing affordable housing to people and that’s something that we focus on very closely here [at Pembrook]. It’s not only a good business and sound financial investment with great returns, the end product is doing a lot of great things for people who really need it.

Were you addressing a specific deficit in the market when you launched Pembrook in 2006?

I wish I could say that there was a clear need for Pembrook. I started it right before the financial crisis, and the real estate community was awash with misplaced, stupid money. At the time, the Wall Street machine had figured out a way to securitize anything that wasn’t breathing—and some things that were breathing [laughs]—and the capital was all terribly mispriced. The risk was much higher than the reward. So, when I started the business, the reality was that it was very hard for us to figure out a real direction for our business, but we raised a fund and decided to focus on the safest kind of real estate, which was affordable housing.

Have you seen competition increase in your corner of the alternative lending market?

Over the last 36 months there have been a lot of new entrants into the debt fund space out of private equity [firms]. We were doing this ten years ago and we were the odd duck. But when you look at real estate, if you can get a 10 percent return on safe assets, and you’re in at less than 70 percent loan-to-value so if real estate prices go down the equity guys take a hit and you don’t? That sounds like a pretty good value proposition. So now it’s quite popular and there are so many [debt fund] guys out there lending who used to be equity guys.

Would you say there’s too much capital on the debt side?

There isn’t too much capital, but I’d say that occasionally you see some really uneducated capital that distorts some of the market. I don’t think the actual gross volume of dollars is too much. You often see a lot of money chasing the same deals for the wrong reasons, often chasing poor quality cash flow. And the more people chasing that poor quality cash flow, the lower the interest rates are for the borrower against what could be a bad loan. We don’t chase those deals so we don’t need to worry about it.

The other area of concern, and Manhattan is a good example, is there’s a fair amount of overbuilding in luxury condos. We’re seeing a lot of developers who ordinarily would be in short-term distress because they’ve come to the end of the rope with their lender because the condos they thought they’d sell in 24 months are actually going to take six years to sell. But there are a lot of people that are out there willing to catch the falling knife, and especially new entrants to this lending space like hedge funds, so not even private equity firms. A lot of money is coming in and recapitalizing condo deals in big markets. But [those lenders are] going to have a big surprise, because when the condo market gets really bad you can’t give them away at any price.

Any magical solutions to offer for the affordable housing shortage in New York City?

Our Federal subsidies tend to be skewed to building new affordable housing and, by way of example, there are some LIHTC deals in San Francisco where the cost per unit is $1 million. So you’re taking all that subsidy and using it for $1 million apartments in a city that is losing affordable units in the tens of thousands every year. One hundred units then costs $100 million while you’re losing thousands, but  that $100 million could preserve a lot of existing affordable housing. We need to start to change our affordable housing policy to favor preservation in certain markets. Of course we need new production  also, but there’s no reason to spend that much money developing when you could save 10 or 15 times more units with the same amount of money.