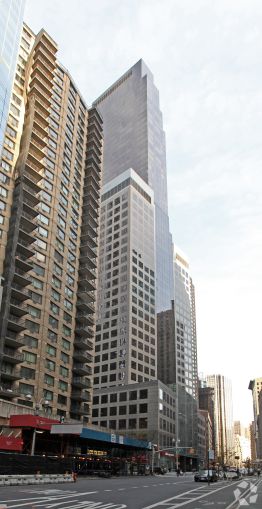 Investment management company PDT Partners inked a deal to keep its offices at 1745 Broadway in Midtown, Commercial Observer has learned.

PDT signed a renewal with Invesco Real Estate for its 50,000-square-foot space on the 24th and 25th floors of the office condominium portion of the 50-story building, a source with knowledge of the deal said.

The source did not provide details about the rent or length of the lease, but CoStar Group data lists average rents in 1745 Broadway as between $73 to $89 per square foot.

PDT first moved its headquarters into the building, located between West 55th and West 56th street, in 2011. It’s the second-largest tenant in the building behind Penguin Random House, which has a 604,000-square-foot office space.

Ben Friedland, Silvio Petriello and Mike Movshovich of CBRE brokered the deal for PDT while Invesco was represented by Cushman & Wakefield’s Robert Lowe, the source said. Spokespeople for CBRE and C&W declined to comment.

Related Companies built 1745 Broadway — which was designed by Skidmore, Owings & Merrill — in 2003. The 685,000-square-foot office condo takes up the second through the 26th stories of the tower, while the upper-half is residential units.

Invesco picked up the office condo portion from SL Green Realty Corp. and Ivanhoe Cambridge last year for $596 million and financed the acquisition with a $345 million loan from Wells Fargo, as CO previously reported.