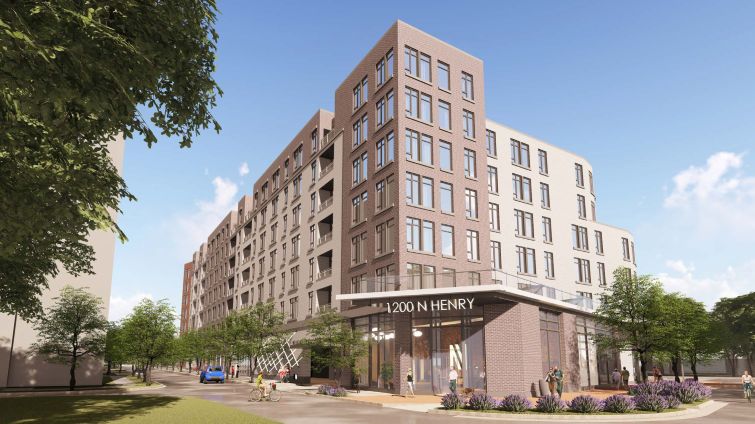 The financing package was comprised of $40 million of acquisition and construction financing from Pinnacle Financial Partners, and additional joint-venture equity from an insurance company, according to Avison Young, which represented the borrower in the deal.

There was substantial interest from the lending community, which resulted in very competitive terms, Jon Goldstein, a principal with Avison’s capital markets group, told Commercial Observer. “We received 70 percent loan-to-cost for the construction financing at a very low interest rate,” he said.

The combination of good sponsorship, an infill location, strong demographics, proximity to the metro, and major upcoming demand drivers contributed to the strong financing opportunity, Goldstein said. The location’s proximity to HQ2 was also key to the deal.

The Alexandria Economic Development Partnership conducted a study that projected approximately 5 percent of Amazon’s 25,000 employees would live in Alexandria, which will add roughly 1,250 new households to the city’s housing demand.

“Virginia Tech’s Innovation Campus at National Landing, although not getting as much notoriety as Amazon’s HQ2, will also be a major demand driver for the surrounding area,” Goldstein said. “The timing of delivery of 1200 North Henry lines up well with both Amazon moving into HQ2 and the delivery of Phase I of V.A. Tech’s Campus.”

The property is also close to the Pentagon and a number of major companies and organizations.

The transit-oriented development will be within walking distance of the Braddock Road Metro Station and will feature ground-floor retail and below-grade parking.