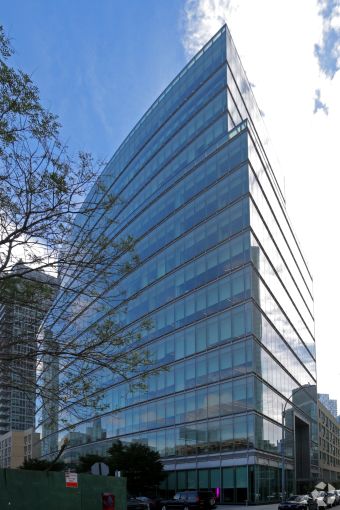 The New York Times Company has leased 57,846 square feet in Long Island City as part of the media company’s expansion from its Theater District headquarters, according to brokerage firm JRT Realty.

The firm, which is the parent company of The New York Times, signed a 15-year lease for three full floors at Court Square Place, according to a statement from JRT. The deal brings the 16-story building at 24-01 44th Road, between 24th and Crescent Streets, up to full occupancy.

“It’s exciting to see such a credit tenant coming out of Midtown Manhattan,” said JRT’s Greg Smith, who represented the landlord, the United Nations Federal Credit Union (UNFCU), in the deal. “It shows, especially in the aftermath of the Amazon debacle, that Long Island City is a desirable place.”

Gensler has been hired to remodel the Times’s space, with construction projected to be done by the end of the year, Smith said. The company plans to move 350 employees into the building as it expands from its headquarters at 620 Eighth Avenue, between 40th and 41st Streets.

The deal was signed in July. The space had previously served as a temporary location for the United Nations’ IT department while the UN’s headquarters were being renovated, according to Smith. The asking rent was $50 per square foot, a JRT spokesperson said.

The lease was first reported by the New York Post.

Other tenants in the building include Collins Building Services, which recently expanded in the space, as Commercial Observer reported. The landlord UNFCU also operates out of the property, which is adjacent to the Linc LIC apartment complex and a block away from One Court Square.