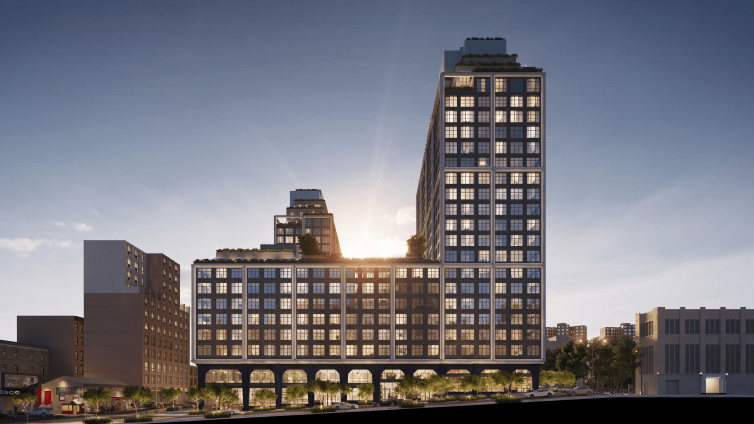 The fitness center signed a lease for 77,000 square feet over several floors at Front & York, which is being developed by CIM Group and LIVWRK at 85 Jay Street, the New York Post first reported.

Life Time’s new location —set to be its largest in New York City — will have an indoor lap pool, a regulation-size basketball court, a Kids Academy, a spa and a cafe when it opens in 2022, the company said.

A spokesman for CIM Group declined to provide the terms of the deal.

Life Time — which was started in Minnesota 27 years ago — currently has a 65,000-square-foot outpost in the Sky residential building at 605 West 42nd Street and signed a deal in January to open a 74,000-square-foot center at 1 Wall Street, as Commercial Observer previously reported.

The 3.1-acre Front & York development, being built on a parking lot near the former Jehovah’s Witnesses headquarters, is set to open in 2021 with 408 condominiums, 320 rental apartments and 150,000 square feet of retail, the developers said.

CIM Group, LIVWRK and Kushner Companies purchased the site at 85 Jay Street for $345 million from the Jehovah’s Witnesses in 2016, the Post reported. The group of developers also bought the 2.3-acre former Watchtower complex from the church that same year for around $340 million, as CO reported. Last year, Kushner sold off its 2.5 percent stake of both properties for around $14 million, according to the Post.

“Front & York is the first fully amenitized luxury residential experience in Dumbo, and now together with Life Time, an upscale athletic resort, Front & York offers an unparalleled lifestyle at a single location in Brooklyn,” Jason Schreiber, a principal of CIM Group, said in a statement.