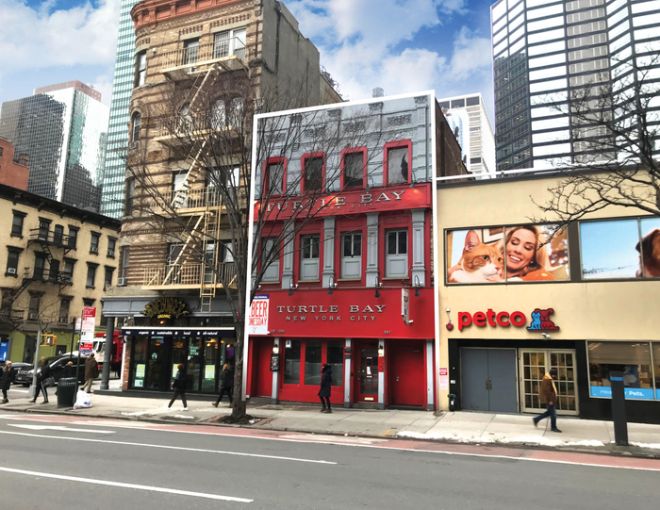 Draught 55, a popular Midtown East bar and eatery known for its large selection of brews, will open a second outpost on Second Avenue next year, Commercial Observer has learned.

The bar signed a 20-year lease to take 7,750 square feet in the three-story 987 Second Avenue between East 52nd and East 53rd Streets, landlord brokers Winick Realty Group said. The space includes 2,250 square feet on the ground floor, the second floor and basement along with a 1,000-square-foot mezzanine.

Asking rent in the triple-net lease was $38 per square foot, a spokeswoman for Winick said.

Draught 55 has been at 245 East 55th Street, between Second and Third Avenues, since 2012 and plans to open its new outpost in mid-2020, according to Winick.

“The fact that Draught 55 has been operating successfully in the neighborhood for seven years, allowing them to develop a deep knowledge of the market, made them a very attractive tenant to ownership,” Shkreli said in a statement. “Draught 55’s concept will translate well to the layout of this flagship space and ownership is happy to welcome them to the building.”

Draught 55 will take over from Turtle Bay, which shuttered last year after nearly 22 years in business, according to Winick. In June 2018, Turtle Bay — which was previously named one of the “Douchiest Bars” in the city by Complex — lost its liquor license after several violent fights erupted inside that year, according to the New York State Liquor Authority.

The most recent was on June 2, 2018, when one man was stabbed and four other people slashed during a brawl in the bar, the New York Post reported.